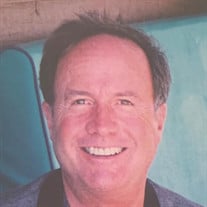 Mr. Alan R. Murphy, 72, of Pittsfield, passed away on Sunday, March 7, 2021. Born in Pittsfield, MA, on September 25, 1948, the son of the late Floyd and Edna Mickle Murphy, he graduated from Pittsfield High School in 1966. After graduation, Al studied Civil Engineering at Bridgeport University, which later landed him a job with the Massachusetts State Highway Department. He worked in the lab division of Highway District 1 for over 40 years, until his recent retirement. Al loved traveling, especially when he was cruising with his wife, "Red", or on one of their many trips to Aruba or Italy. Two of his greatest hobbies were fishing and being on the water with his beloved "Boat Gang". Al and his wife were lifelong Yankee fans, enjoying trips to New York City and Yankee games with friends. They loved trivia nights with their team "Shlitz for Brains." Al cherished his days birdwatching on the porch, taking care of his "babies" (his Angel Trumpet Plants), and of course, waving and chatting with the neighbors. Additionally, Al enjoyed nights at casino, and playing the french horn with the Boys Club Cavaliers. Al was predeceased by his beloved wife, the former Diana Buksa, more commonly known as "Red." Al and Diana were wed on August 25, 1979, and were happily married for nearly 41 years, until Diana's passing in April of 2020. He is survived by his two brothers, Richard Murphy and Floyd Murphy as well as his nieces and nephews, Alana (Bill), Jenn (Phil), Kathyrn, and Timothy (Lindsey), and his great nieces and nephews. He leaves his brother-in-law, William Buksa (Barbara), his treasured "Boat Gang", and friends too numerous to count. Al's friends and family would like to thank all of the nurses from the 4 East Critical Care Unit at Berkshire Medical Center for their outstanding care and kindness during this difficult time. Funeral Notice: Funeral services for Mr. Alan Murphy will be private. Public calling hours will be Thursday, March 11, 2021, from 3 p.m. until 5 p.m. at the Dwyer Funeral Home, 776 North Street, Pittsfield, MA 01201. In lieu of flowers, donations can be made to the Sonsini Animal Shelter or the Berkshire Humane Society in care of the Dwyer Funeral Home, in his memory. Donations CANNOT be made online, but may be made through the Dwyer Funeral Home.

Mr. Alan R. Murphy, 72, of Pittsfield, passed away on Sunday, March 7, 2021. Born in Pittsfield, MA, on September 25, 1948, the son of the late Floyd and Edna Mickle Murphy, he graduated from Pittsfield High School in 1966. After graduation,... View Obituary & Service Information

The family of Mr. Alan R. Murphy created this Life Tributes page to make it easy to share your memories.

Send flowers to the Murphy family.