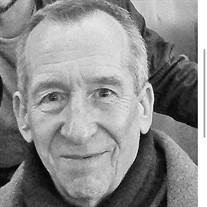 Anthony "Tony" Xavier O'Neil Farrell passed from this earth peacefully on Saturday, August 15, 2020 at Mount Sinai West in New York City. Tony was born in Pittsfield on January 16, 1959 the son of the late Edward J Farrell Jr and Elizabeth "Bettye" Farrell. He was a 1977 graduate of Pittsfield High School and attended the State University of NY in Oswego. Tony spent much of his adult life in New York City where he was able to pursue his love of acting. He also spent many years in restaurant management. A vibrant spirit, a bright personality with a great sense of humor and an awesomely talented performer and entertainer, Anthony brought a spirit, vitality and strength to life seldom seen in combination. In his last years he fought valiantly, letting on to few how difficult his battles were. In the end, he succumbed to lung cancer, choosing to leave this earth on his own terms, and under his own rules, as he knew the road ahead offered no prospects for improvement. He leaves a sister, Lisa Estes (Ken), of Cornelius, North Carolina and a brother, Chris, of Pittsfield, Massachusetts, and his aunt, Aileen Lane also of Pittsfield. He will be missed and remembered daily. Funeral Notice: At Tony's request, there will be no formal funeral services nor formal burial. Instead, he asked that memorial donations be made in his name to the American Cancer Society in care of the Dwyer Funeral Home, 776 North Street, Pittsfield, MA 01201. Donations CANNOT be made online, but may be made through the Dwyer Funeral Home.

The family of Mr. Anthony Xavier O’Neil Farrell created this Life Tributes page to make it easy to share your memories.

Send flowers to the Farrell family.