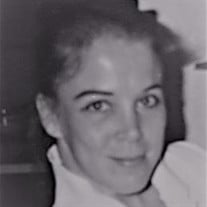 Barbara (Slater) Ziter age 58, passed away on November 24, 2018 at Williamstown Commons after a long and courageous battle with COPD. Her loving family was by her side. Barbara was born in Pittsfield, on June 3,1960, to the late Edward and Beverly (Potter) Slater. She attended local schools and graduated with the Pittsfield High School class of 1978. Barbara was an extremely hard-working woman and most days you would find her walking to her various jobs in the community or puttering around her home listening to the radio. Wherever life took her, Barbara made the best of the situation and focused on her beloved children and grandchildren. Her exceedingly positive attitude and warm laughter will be greatly missed by all who knew her. Barbara leaves her son Erik Ziter (Leeann Cahill), daughter Amy Ziter (Jeff Newell), grandson Cameron Ziter, granddaughters Erika Ziter, Kahleesi Newell, step-grandson Jaykob Newell and longtime companion Scott Moore. She also leaves her sisters Kim Slater and Debby Glassanos, stepbrothers Tim O’Brien and Michael O’Brien, nieces Shauna, Crystal, Jamie, Tonya, Naomi and nephews Corey, Eddie, and Matthew. Besides her parents, Barbara was predeceased by her stepmother Barbara A. Slater, brother Edward Slater Jr, and sister Wendy (Slater) Cowell. The family would like to extend a special “thank you” to all of Barbara’s caretakers over the last year; especially Jennifer at HospiceCare in The Berkshires, Debra at Hillcrest Commons, and Brenda & Adam at Williamstown Commons Nursing & Rehabilitation Center. FUNERAL NOTICE The funeral will be on Monday, Decemebr 3, 2018 at 1:00 P.M. at the Dwyer Funeral Home, 776 North St., Pittsfield, MA 01201 with Deacon Robert Esposito, officiating. Calling hours will precede the service beginning at 11:00 A.M. at the funeral home.

Barbara (Slater) Ziter age 58, passed away on November 24, 2018 at Williamstown Commons after a long and courageous battle with COPD. Her loving family was by her side. Barbara was born in Pittsfield, on June 3,1960, to the late Edward and... View Obituary & Service Information

The family of Barbara Ziter created this Life Tributes page to make it easy to share your memories.

Send flowers to the Ziter family.