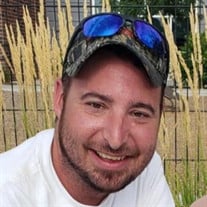 Brian Edward Toomey was born on June 7, 1986 to the parents of Michael Edward Toomey and Sheila Elizabeth St. Peter Toomey in Pittsfield. Brian was a graduate of Pittsfield High School where he played four years of hockey and tried out a year on the football team. Brian played youth hockey from the age of 5 and continued through graduation of high school. He established himself as an important part of any team on which he played; mostly defense. After graduating high school, Brian entered the University of Northern Colorado, in Greeley. While in Greeley, and going to school, Brian worked and interned at the Greeley Ice Hause. His duties there included youth hockey programing, learn to skate programing, organizing, and scheduling adult league tournaments. He loved every minute of it! Later, Brian was employed by the former “Player’s Bench” sporting store, specializing in hockey and soccer equipment as the assistant manager. There he met several professional sports figures along with introducing the latest equipment and his knowledge to beginning players of the sport. Brian moved on to the metro Denver area and began a career as a leasing agent. After about 5 years of a shirt and tie and fighting 4 lane traffic every day to and from work and everywhere in-between, he heard “the mountains calling”. Brian moved to Breckenridge, Colorado; a ski and resort town in Summit County and it was here he began to live his dream. Brian embraced and was embraced by the community and it’s slower, laid back culture. He soaked up the beautiful surroundings of snow, crystal blue skies and the backdrop of the majestic Rocky Mountains. Brian took on various jobs for the no pressure feeling; enjoying many different opportunities and meeting people from all over the country, as well as the vibes of the local community and its folks. But, the most important and precious thing to him was being a father to his son, Logan Michael Toomey, now five years old and one of the greatest five year olds we all have ever known! Brian and Logan spent awesome days and nights together hiking, biking, sledding, swimming and Logan was on skis in the backcountry, at three years old! Logan so too, loved his time spent with “DADDA”. Brian was one of the strongest individuals we have known. His strength to overcome adversity was staunch and true. Brian is one of a kind. There will never be another Brian Toomey; his being, his presence and his personality will live with us forever. God Bless you and keep you, Brian; our son, our brother, our friend but most of all a father to your son. Forever Loved, Your family. Besides his parents, Brian leaves: His brother, Patrick (Shannon), his sister Jennifer Barnes(Scott). His niece, Brianna Mary Barnes; his niece, Meghan Elaine Toomey; and his nephew, Brennon Scott Barnes. He also leaves several aunts, uncles and cousins both near and far. Not to mention, a ton of great friends. He was predeceased by his maternal grandparents; Pop (Ernie St. Peter and Grandma St. Peter (Mary) His paternal grandparents; Grandma T (Marjorie Toomey) Grandpa T. (Edward Toomey) and an uncle, Garry Toomey. At the request of his family, services for Brian Edward Toomey will be private. In lieu of flowers, donations can be made directly to Michael Toomey and will be used to ensure that Brian’s son Logan’s needs are met to the fullest. Please visit www.dwyerfuneral.com to leave condolences and remembrances.

Brian Edward Toomey was born on June 7, 1986 to the parents of Michael Edward Toomey and Sheila Elizabeth St. Peter Toomey in Pittsfield. Brian was a graduate of Pittsfield High School where he played four years of hockey and tried out a year... View Obituary & Service Information

The family of Brian Edward Toomey created this Life Tributes page to make it easy to share your memories.

Send flowers to the Toomey family.