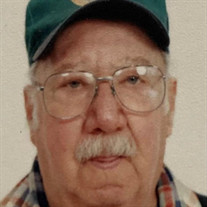 Mr. Bruce L. Bailey, 79, of Lanesborough, passed away on Saturday, January 30, 2021. Born in Pittsfield, MA, on October 16, 1941, the son of the late Horace and Hazel Crandle Bailey, he graduated from Pittsfield High School and also went to trade school, honing his skills in various mechanical areas. Bruce was a Vietnam War veteran. He enlisted in the United States Army in February of 1964. He served on active duty for six months and was later released for the Army National Guard reserves, where, at their facility in Pittsfield, he worked full time. Bruce served his country as a reservist until retiring from military service in the early 1980s. He then went on to work at Pittsfield Sand & Gravel as a heavy equipment operator and plant supervisor until his final retirement. Among many things, he was a master welder, Nascar enthusiast and raced stock cars himself at Lebonan Valley in his younger years. He was an animal lover and always had a pet at his side. He was passionate about his faith and helping others. Bruce is survived by two daughters, Linda McAndrews and Mischelle Bailey and one son Bruce Bailey. He is also survived by five grandchildren Amanda Bailey, Austin Bailey, Audrey Bailey, Adam Bailey and Garret McAndrews as well as one great grandson, Kannon Curry. Besides his parents, he was predeceased by a brother Norman G Bailey Funeral Notice: Funeral services for Mr. Bruce L. Bailey will be private. In lieu of flowers, donations can be made to Friends of Eleanor Sonsini Animal Shelter, Inc in care of the Dwyer Funeral Home, 776 North Street, Pittsfield, MA 01201, in his memory.Donations CANNOT be made online, but may be made through the Dwyer Funeral Home.

Mr. Bruce L. Bailey, 79, of Lanesborough, passed away on Saturday, January 30, 2021. Born in Pittsfield, MA, on October 16, 1941, the son of the late Horace and Hazel Crandle Bailey, he graduated from Pittsfield High School and also went to... View Obituary & Service Information

The family of Mr. Bruce L. Bailey created this Life Tributes page to make it easy to share your memories.

Send flowers to the Bailey family.