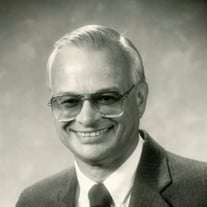 Mr. Charles “Chuck” Boraski, 79, of Lenox, passed away on Thursday, February 13, 2020. Born in Pittsfield, MA, on September 17, 1940, he was the son of the late Elek and Stella Koziol Boraski. Chuck graduated from Dalton High School in 1958. In 1963, he earned his degree in Mechanical Engineering, followed by a Master’s in business administration from The University of Massachusetts. It was there that Chuck met his wife of 57 years, the former Barbara A. Mulryan, whom he married on December 29, 1962. Chuck was employed for 38 years in the Engineering Management Department at Crane & CO. He was a former resident of Dalton, where he handled Town Audits and served in many capacities on the CRA Board of Governor’s as well as the Community Christ Campaign. In 1986, Chuck relocated to Lenox. He was an avid outdoorsman. It was there Chuck could be found enjoying some of his favorite pastimes: fishing, hunting, camping, gardening, or golfing. He and Barbara enjoyed vacationing in the Caribbean, having made over 20 visits to various islands there. He was an ardent Boston Red Sox and New England Patriots fan. Chuck was extremely active in the community. He was a member of the Wahconah Country Club, a former member of the Austerlitz Club and the Dalton Rod and Gun Club and Trout Unlimited. For many years, Chuck participated in the Josh Billings as a canoeist. Besides his wife, Chuck is survived by his daughter, Kathleen D. Williams of Yarmouth, MA. He leaves behind four grandchildren, Zachary and Sarah Williams of Yarmouth, MA, Jillian and Ryan Boraski of North Attleboro, MA, as well as his sister, Barbara A. Vosborgh of Gardner, MA. Chuck was predeceased by his son, Christopher, who passed on November 12, 2012. Funeral Notice: A private funeral service for the family of Mr. Charles “Chuck” Boraski will be Thursday, February 20, 2020 with a Liturgy of Christian Burial at 11 a.m. St. Agnes Church celebrated by the Rev. Peter Naranjo. Burial will follow at Fairview Cemetery in Dalton. Donations CANNOT be made online, but may be made through the Dwyer Funeral Home.

The family of Mr. Charles "Chuck" Boraski created this Life Tributes page to make it easy to share your memories.

Send flowers to the Boraski family.