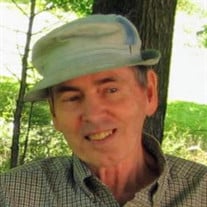 Mr. Clarence Green, Jr., ‘Junie,’ of Dalton, passed away on December 16, 2020 at Berkshire Medical Center, just shy of his 87th birthday. Born in Bennington, VT, on December 21, 1933, he was the oldest child to the late Clarence Green, Sr., and Eliza (Madison) Green. He attended grammar school through 8th grade in a one-room schoolhouse, and then attended Bennington High School. Always a tinkerer and hard worker, at 9 years of age, Clarence began his work-life as a bowling pin setter. He was proud to say that by the grace of his employer, it was also at this age when he enrolled in Social Security. Clarence (Clip) married the love of his life, Sarah (Dee) Bentley, on June 23, 1956, and dedicated his life to her. They celebrated their 64th anniversary, just before she passed away on June 29, 2020. Among Clarence’s many trades, he worked in mechanical and production fields for Sikorsky Helicopter, and for the former Mead Paper Company. He loved to fish and hunt when he was younger, and was proud to care for his house and many gardens (always with a ‘Green’ thumb and clipper in hand). Clarence valued human kindness and respect, and touched the hearts of all whom he encountered. He was proud of his Democratic views, framed in optimism and hope. He was also never shy to share his opinion, and often hand-wrote letters to the Editor of the Eagle. He was a man who knew a great deal about a great many topics, and had a memory that couldn’t be beat. All conversations were replete in story, evident to all, especially when he started his own lawn mowing business, and when he drove the van for the Dalton COA. Clarence was a collector, particularly of big-band and classic rock music, and old western and action movies. In the 90’s, he and Dee were regular CB operators (Hornet and Bedroom Eyes), with a large following; and together they also navigated many-a-truck away from a too-short railroad trestle. A devoted husband and family man, Clarence was predeceased by his beloved son, Michael Green, and wife Sarah L. Green. He was also predeceased by his brother-in-law, Everett French; his sister (and best friend) Etta Raney (first married to Everett); his brother-in-law, Robert Provost; and his brother, Elmer, and wife Linda Green. Surviving siblings are: Flora Provost, Annie Blomberg and Mitzi (Ted) Dobert; brothers-in-law, Arnie Raney, and Charlie (Sherry) Bentley; and sister-in-law, Stella Duby. Clarence leaves behind his loving son, William Green (partner, Michelle Pappas) of New Hampshire. He is also survived by his daughter-in-law, Barbara Green; and granddaughters, Kristin Steiner (Matthew), and Stacy Jasinski (Jeff); and grandsons, Shane, Chad, and Seth Green; great grandchildren, Liam and Liana Steiner; Bryson Green and Ariana Green. A dear uncle, ‘Junie,’ he leaves behind many loving nephews and nieces. Clip also leaves his dear caretaker, Consuelo; and the love and care of his neighbors Deb and Jim, who also wish to praise the compassionate end-of-life care that he received at BMC. Per Clarence’s wishes, a funeral will be held when weather and safety permit, also to coincide as a joint burial with his beloved Dee,“Together, Forever.” Funeral Notice: ~Together Forever~ The funeral service for Clarence W. Green, Jr. of Dalton, MA, who passed away on December 16, 2020, will be held on Wednesday, June 30, 2021, at 1 PM at the Unity Terrace at Dwyer-Wellington Funeral Home, 220 East St., Pittsfield, MA. Pastoral Counselor, Becky Crane, LICSW, will officiate. For those unable to attend in person, the service will be live-streamed, and recorded, to which a direct link follows: http://www.dwyerfuneral.com/obituaries/permalink/9778302/LTWebcast The joint Urn burial for Clarence (Clip) and his beloved Sarah (Dee) L. Green, who passed away on June 29, 2020, will immediately follow in the Urn Garden at Ashuelot Cemetery in Dalton. Contributions in their loving memory may be made to the Dalton Council on Aging.

The family of Mr. Clarence W. Green, Jr. created this Life Tributes page to make it easy to share your memories.

Send flowers to the Green, family.