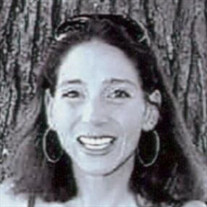 Ms. Diana Civello-Crisp, of Pittsfield, passed away unexpectedly on Sunday, March 7, 2021, just shortly after her 38th birthday. Born in Pittsfield, MA, on February 11, 1983, the daughter of Francis “Frank” Civello and Janie Shufelt McCormick, she attended Pittsfield High School. Diana worked in the hospitality and human service industries for the majority of her career. Among many things, she enjoyed spending time with her family, friends, and many from the recovery community. Diana is survived by her mother, Janie McCormick (stepfather, Doug McCormick) of Pittsfield, and father Frank Civello (stepmother Sydney Anderson), of Cheshire. She leaves behind her dear children, Caiden, Carter, Calli and Cashdin Crisp. She is survived by two brothers, Jason and Nick Civello, her sisters-in-law, Jean and Jennifer Civello, and her stepsister Kealin McCormick. Diana leaves behind her nieces, Jayna and Alyson Civello, and her nephews, Cole and Nate Civello. Additionally, she leaves her aunt Teri Sabin and uncles, Ron Sabin and Phil Civello, as well as her cousins, and friends too numerous to count. Funeral Notice: Funeral services for Ms. Diana Civello-Crisp will be private. In lieu of flowers, donations can be made to Janie McCormick and will be used for future education expenses for Diana’s children. Donations can be made in care of the Dwyer Funeral Home, 776 North Street, Pittsfield, MA 01201, in her memory. Donations CANNOT be made online, but may be made through the Dwyer Funeral Home.

The family of Diana Civello-Crisp created this Life Tributes page to make it easy to share your memories.

Send flowers to the Civello-Crisp family.