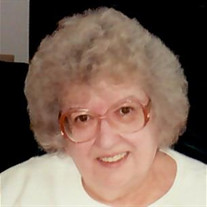 Mrs. Diane K. Williamson, 74, of Pittsfield passed away Wednesday, August 28, 2019, surrounded by her family. Born on December 17, 1944 the daughter of the late Rogerson J and Florence W Briggs Kelley, she graduated from St Joseph High School in 1962. Diane work for the New England Telephone Company starting out as an operator and moving up to management level until her retirement in 1994. Diane eventually went back to work at Kel’s Auto Sales in Pittsfield, where she worked alongside with her cousin, Michael Kelley. She finally retired in 2017. Diane loved the Boston Red Sox. She enjoyed watching every game she could and would keep a notebook on the scores, and any changes that happened in the game. Her son-in-law Jim and grandson Jimmy would also talk about baseball with her and have discussion on trades and such, she even kept up on golf so she could impress Jimmy. Diane also enjoyed watching cooking, home improvement, and QVC programs, watching her grandchildren play when they were younger, baking, and wrapping gifts at Christmas. She made sure that she was at her grandchildren’s birthdays, special occasions, and her favorite holiday, Christmas. Besides her daughter, Kelli A. Clark, Diane leaves her son in law, James V. Clark, Jr, her sisters Beverley A. O’Brien of Las Vegas, Denise C. Kelley of Albany, a brother Gary M Kelley of Las Vegas. Diane also leaves her two grandsons, James V. Clark III, Daniel M. Clark, and granddaughter Stephanie L. Clark all of Pittsfield. She also leaves her nieces Katherine A. O’Brien-Galins of Las Vegas, Stephanie Urschel Hall of Sandwich, MA, her nephews Matthew O’Brien of Las Vegas, Benjamin Urschel of Nashua, NH. She also leaves Michael and Susan Kelley. Diane was predeceased by her sister Barbara Kelley Urschel, as well as her twin, Bruce Patrick Kelley. Funeral Notice: Funeral services for Mrs. Diane K. Williamson will be held Thursday, September 5,2019 at 6 p.m. at the Dwyer Funeral Home, 776 North Street, Pittsfield, MA with the Rev. Peter Naranjo officiating. Calling hours will be held prior to the service on Thursday from 4 until 6 p.m. In lieu of flowers donations can be made to the American Cancer Society or National Multiple Sclerosis Foundation in care of the Dwyer Funeral Home 776 North St, Pittsfield, MA 01201. Donations CANNOT be made online, but may be made through the Dwyer Funeral Home.

The family of Diane Williamson created this Life Tributes page to make it easy to share your memories.

Send flowers to the Williamson family.