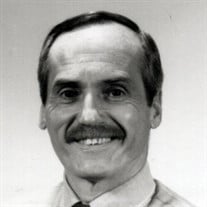 Dominic P. Mazza, Jr., passed away on Saturday, November 28, 2020, at Hillcrest Commons, where he had resided for the past year due to a traumatic brain injury resulting from a bad fall at his home. Dominic passed away due to those complications and Covid-19. Born on August 25, 1942, in Pittsfield, MA, he graduated from Pittsfield High School in 1961. Dominic served in the United States Army from 1963 until 1966 in Fairbanks, Alaska at the Missile Air Defense Site. He was then employed as a Logistics Analyst for General Electric and General Dynamics from 1970, retiring in 2013. Mickey dedicated over 40 years to youth sports in Pittsfield, coaching East Little League and Babe Ruth baseball for over 22 years. He served as President of Pittsfield Little League for 8 years, President of Pop Warner Pittsfield Junior Football for 10 years, and helped organized and coach girls' basketball at the Catholic Youth Center. His love for youth sports continued, as he officiated high school baseball in the 1990s. Mickey enjoyed walking and was an avid reader. He took great pride in his yard, in which he spent many hours working. He was a member of St. Charles Church, the VFW Post 125, and Polish Falcons, Nest 580. Besides his devoted wife and best friend of 30 years, the former Carol Juranics, Dominic is survived by his children, Stefanie (Drew) Curry, Chad (Stacie) Mazza, and his stepchildren, Michael (Jennifer) Nykorchuck, and Mark (Dianne) Nykorchuck. Mickey leaves 6 grandchildren, of whom he was very proud: Aliah (Penuch) Curry, Samuel Mazza, Terrence (Booga) Nykorchuck, Ty and Trey, and Cal Nykorchuck. He had a special place in his heart for each one of them. Dominic is also survived by his siblings, Beverly (Thomas) Pizzuto, Ann Pannesco, and Gene and Carl Mazza, as well as his sister in laws, Susan Barber and Linda Dondi. He leaves many nieces and nephews from the Mazza, Pizzuto, Pannesco, Sherman, Beatty, Coe, and Barber families. Mickey had many friends that were also very special to him. He always enjoyed raising his glass and saluting with them. He will be especially missed by his buddies, Dick and Lack. Dominic was predeceased by his parents, Dominic P. Mazza, Sr. and Edith Hall Mazza, as well as his siblings, Francis Mazza, Rose Francella, Eleanor Beatty, and his former wife, Sharon Winters Mazza. Dominic's family would like to extend their sincere gratitude and a special thank you to the entire staff at Hillcrest Commons and HospiceCare in the Berkshires for the wonderful care they provided for Mickey, as well as the exceptional support they gave to his family. Funeral Notice: A graveside service with full military honors for Dominic P. Mazza, Jr. will be Tuesday, December 8, 2020, at 10 a.m. at St. Joseph Cemetery, with the Rev. John Tuohey, Administrator of St. Charles Church, officiating. Per Mickey's request, there will be no formal calling hours. In lieu of flowers, donations can be made to the Berkshire Athenaeum in care of the Dwyer Funeral Home, 776 North Street, Pittsfield, MA 01201, in his memory. Donations CANNOT be made online, but may be made through the Dwyer Funeral Home.

Dominic P. Mazza, Jr., passed away on Saturday, November 28, 2020, at Hillcrest Commons, where he had resided for the past year due to a traumatic brain injury resulting from a bad fall at his home. Dominic passed away due to those complications... View Obituary & Service Information

The family of Mr. Dominic P. Mazza, Jr. created this Life Tributes page to make it easy to share your memories.

Send flowers to the Mazza, family.