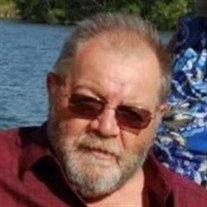 Mr. Donald P. Rufo, 73, of New Lebanon, NY, passed away unexpectedly on Sunday, August 8, 2021. Born in Pittsfield, MA, on December 10, 1947, the son of the late Anthony and Harriet Williams Rufo, he graduated from Pittsfield high school. Donald was a US Coast Guard Charter Captain for 22 years, every moment of which he enjoyed. Don’s love for life, the outdoors, as well as his family was known by all. He enjoyed, fishing, hunting, gardening, and most of all hunting with his dog “CLUE” Donald is survived by his beloved wife of 38 years, the former Jill Winestock, whom he married on October 14, 1983. He leaves behind his children Lori (Rufo) Leslie (Scott), Darren Rufo (Colleen) and Dina (Rufo) Steinman (Todd), 6 grand children, 4 great grand children, former wife Jean Rufo, sister Sharon White, brother Anthony Rufo, brother in laws Jeff Winestock, JimWinestock (Shirley) , and Sister in laws, Jane Mole, Judy Mireault (Phil), Jody Mullins (Terry). Don is also survived by several nieces and nephews and several great nieces and nephews. Besides his parents, Don was predeceased by his very special companion “Clue”, and his brother Mark Rufo. Funeral Notice: At this time, there will be no public services for Mr. Donald P. Rufo. In lieu of flowers, donations can be made to ASPCA in care of the Dwyer Funeral Home, 776 North Street, Pittsfield MA 01201, his memory. Donations CANNOT be made online, but may be made through the Dwyer Funeral Home.

The family of Mr. Donald P. Rufo created this Life Tributes page to make it easy to share your memories.

Send flowers to the Rufo family.