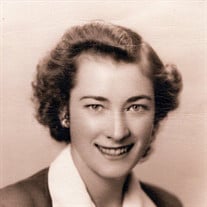 Former Pittsfield First Lady Doreen Cooper Butler Passes at 100. Doreen Cooper Butler, who was born in Edmonton, Alberta, Canada on November 29, 1920, and came to Massachusetts to attend the Clarke School for the Deaf, peacefully passed away at home on December 10, 2020 surrounded by her loving family. Born deaf, Doreen attended Clarke School in Northampton, Massachusetts, graduating in 1938. While at Clarke School, Doreen and her classmates would enjoy having tea with Grace Coolidge, President Calvin Coolidge’s wife, who would visit the school often after church services. Doreen moved to Pittsfield, MA where she met her future husband, Donald Butler the 26th mayor of Pittsfield, MA while both worked at General Electric. Known for her love of travel, Doreen would visit her favorite vacation spot, Ogunquit Maine every year up until her 98th birthday. As the New England weather got colder Doreen would travel to Arizona and Florida and many points in between including Hawaii and Europe. She was known to travel cross country with several of her girlfriends, also deaf, who were known as the “Golden Girls.” Doreen was active up until her last days as she made sure to tend to her cat Brady. Doreen is pre-deceased by her late husband Donald G. Butler, her brothers Stanley, Francis, (2) sets of twins Arthur and Allen, Richard and Robert, and her sister Ella Albert. She is survived by her daughter Jeanne Butler Boino (Daniel Sr.), Grandson Matthew Vanasse (Jodi) of Upton, MA, Grandson Jack Vanasse (Jenny) of Leeds, MA, and great grand-children Grace, Sophia, Sydney, Alex, and Ella as well as many nieces and nephews whom she adored. Funeral Notice: A celebration of life for Doreen will be held at a later date, when Covid restrictions are lifted and all are able to gather together safely. In lieu of flowers donations can be made to the Berkshire Humane Society in care of Dwyer Funeral Home, 776 North Street, Pittsfield, MA, 01201. Donations CANNOT be made online, but may be made through the Dwyer Funeral Home.

Former Pittsfield First Lady Doreen Cooper Butler Passes at 100. Doreen Cooper Butler, who was born in Edmonton, Alberta, Canada on November 29, 1920, and came to Massachusetts to attend the Clarke School for the Deaf, peacefully passed away... View Obituary & Service Information

The family of Mrs. Doreen Cooper Butler created this Life Tributes page to make it easy to share your memories.

Send flowers to the Butler family.