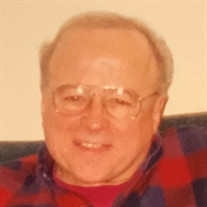 Douglas (Doug) Dornan, 74, passed away peacefully in Pittsfield, Massachusetts on Jan. 25, 2020. He was born on September 19, 1945 in Glens Falls, New York. Doug earned his Bachelor’s degree at Niagara University, where he was president of the student council. He then earned a Master’s degree in Social Work from Columbia University, where he was very active in the anti-Vietnam war protests, eventually occupying university administration buildings. His career took many turns but the common thread is that he sought to consistently make a difference for those who were vulnerable and often unheard. He was an early advocate for the civil rights for those with disabilities, demanding that each person be treated with respect and dignity. He worked as a community organizer in Coney Island and the South Bronx areas of New York City in the 1970s. In the 1980s he served as the Executive Director of the AIDS Resource Center fighting homelessness among men living with AIDS and was pivotal in founding the first supportive housing for AIDS patients in the nation. In the 1990s he served as the Executive Director of the New York State Conference of Mental Hygiene Directors where he led a campaign that generated landmark legislation earmarking funds from the closing of state psychiatric institutions to fund the large-scale expansion of county and local mental health services across the state. As a research scientist for the New York State Department of Mental Health, he focused on the factors influencing mental health recovery. Doug brought the same passion and zest to his life outside of work. He was an avid Yankees fan and a loyal, though frequently disappointed, Knicks fan. He loved thoroughbred horse racing and was ever-optimistic and surprisingly successful with his occasional horse-betting. Spending a day at the Saratoga Springs race track was one of his favorite summer pastimes. He loved folk, jazz, and blues music and welcomed any opportunity to sing. Woodie Guthrie was especially dear to him. He was trained as a carpenter and had a deep appreciation of fine woodworking. He was well-read and intellectually curious, with deep knowledge of current events and politics. Doug’s life story is one of bravery and dignity often in the face of tremendous adversity. As a survivor of child abuse, buffeted among multiple foster homes, he worked from age 10 as a paid farm hand to earn room and board. He put himself through college. He lived his entire adult life with mental illness that both fueled his brilliance and professional accomplishments but also fractured many relationships in his life. In spite of his challenges, he touched the lives of many who cared for him very deeply. He is survived by his daughter, Devon Winey, son-in-law, Jeff Winey, and grand-daughters Emma and Abigail Winey, of Melrose, MA. He is also survived by many siblings including Joyce (David) Wilbourn of MA, Barbara Merriman of NY, Claudette Leach of FL, and Terry (Gene) Thiboult of FL, Bonnie Brown of Flint MI, and Greg Brown of CA. He is predeceased siblings Deanna Herrod of AL, Beverly Graham of CA. and Patricia Sargent of FL. A private memorial service will be held at a later date. Nothing would make Doug happier than to see a change in our current political environment. In lieu of flowers, donations can be made to the Movement Voter Project, an organization supporting grassroots organizing in swing states in the 2020 election, https://movement.vote/funds/big-5-battleground-fund.

Douglas (Doug) Dornan, 74, passed away peacefully in Pittsfield, Massachusetts on Jan. 25, 2020. He was born on September 19, 1945 in Glens Falls, New York. Doug earned his Bachelor&#8217;s degree at Niagara University, where he was president... View Obituary & Service Information

The family of Mr. Douglas "Doug" Dornan created this Life Tributes page to make it easy to share your memories.

Send flowers to the Dornan family.