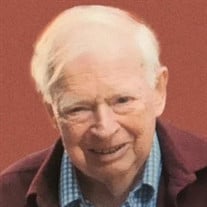 On December 16, 2020, the Rev. Dr. Luther P. Durgin, died at Albany Medical Center from complications following a stroke. The son of the late W. Ernest and Louise Travis Durgin, he was born in Boston on August 28, 1932. Mr. Durgin graduated from Roslindale High School, and from Bates College. He received his Master of Divinity degree from Yale Divinity School. At Andover Newton Theological School, he earned his Doctor of Ministry degree. The Rev. Durgin was ordained into Christian Ministry May 31, 1958. He is survived by his wife, the Rev. Dr. Diane. E. Durgin, whom he married February 7, 1987. From 1969 to 1981, Mr. Durgin was the Pastor of South Congregational Church in Pittsfield, MA. During his many years of ministry, Mr. Durgin served churches in Vermont, Rhode Island, New Hampshire, Illinois, as well as in Massachusetts. At many congregations he served as settled pastor while others he served as an Interim Pastor. Occasionally he and his wife co-pastored churches. Mr. Durgin was a kind, compassionate man who found joy in serving others, not only in his profession, but also working with local volunteers, and volunteers of the Massachusetts and New Hampshire United Church of Christ Conferences. Mr. and Mrs. Durgin went to Mississippi with the Red Cross aiding victims of Hurricane Katrina. For the next four years they went to Biloxi, MS and Punta Gorda, Florida with NH Conference volunteers helping rebuild houses that had been damaged in storms. With the Red Cross they went to San Antonio, Texas during Hurricane Ike. For three weeks they fed and sheltered up to 8,000 refugees who had fled the storm. Since returning to the Berkshires, he helped prepare meals for St. Joe's Kitchen at South Church. Always inquisitive, Mr. Durgin enjoyed visiting historic sites in the United States; exploring the British Isles and European countries; cruising the rivers of the Continent; sailing the ocean and later sailing through the Panama Canal on the QE2. While he enjoyed picnics, reading history and other quiet pastimes, painting with oils and watercolors was his passion which he maintained from childhood to days before his death. In addition to his wife, the Rev. Durgin is survived by his children, step-children and grandchildren. Children: Lindy Aja (Warren), Bernardston, MA; Susan Hutchinson (Robert), Keene, NH; Anne Reiter (Dana), Ellsworth, ME; Russell Durgin (Stephanie), Winchendon, MA; Peter Durgin (Danielle), Richmond, MA. He is survived by the mother of his children, Virginia W. Durgin in Athol, MA. Step-children: Donald Roche, Jr., (Ann); and Leslie Hogue, all in Pittsfield, MA ; Karen Smith, (Paul), Quincy, MA. Grandchildren: Bethany and Brian Aja; Meghan, Ryan, Rachel and Molly Durgin; Alexandra and Rachaelanne Roche; Pietro Hogue; Samantha and Steele Smith; great-grandchildren, Alivia and Averie. Survivors also include a brother-in-law, and nieces, nephews and cousins in various parts of this country. He was predeceased by his sister, Olive D. Lord. Funeral Notice: Memorial services for the Rev. Durgin will be held at a later date. Mr. Durgin was a member of The First Church in Jaffrey, NH. Since living in Lenox he attended South Congregational Church. Donations may be made to the South Congregational Church Food Pantry, 110 South Street, Pittsfield, MA 01201, the scholarship fund of The First Church in Jaffrey, 14 Laban Ainsworth Way, Jaffrey, NH 03452; Doctors Without Borders PO Box 5022, Hagerstown, MD 21741.

On December 16, 2020, the Rev. Dr. Luther P. Durgin, died at Albany Medical Center from complications following a stroke. The son of the late W. Ernest and Louise Travis Durgin, he was born in Boston on August 28, 1932. Mr. Durgin graduated... View Obituary & Service Information

The family of Rev. Dr. Luther P. Durgin created this Life Tributes page to make it easy to share your memories.

Send flowers to the Durgin family.