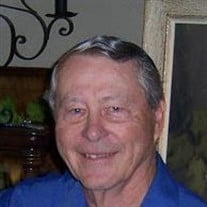 George Thomas Farley, Jr., 93, entered into eternal life on November 16, 2019, surrounded by his loving family. Born in Pittsfield on May 6, 1926 at St. Luke’s Hospital to George T. Farley and Ellen Gore, “Tom” attended St. Joseph schools from first grade until his graduation in 1943. He immediately joined the US Navy and trained as a pilot. Returning after the end of WWII, Tom attended The College of the Holy Cross and graduated in 1949. He married Margaret Therese Nesbit in 1951 with whom he raised 10 children until a long illness took her from them. A single dad to a large clan, he led by example with a quiet, steadfast determination expecting each to do their best and to “work until the work is done.” He started his long career as an educator for the Pittsfield Public Schools as a substitute and then as a classroom teacher at Central Junior High School. He was one of the first teachers at the newly built North Junior High and then went to Pomeroy Elementary School. In 1959, he was appointed principal at Briggs School where among many accomplishments, he was recognized by the Massachusetts Teachers Association for establishing the first library in an elementary school. In 1966 he took a two year sabbatical when he and Marge moved their 9 children to Greenfield, MA so that he could complete his Doctoral Studies in Educational Administration and Research at the University of Massachusetts. Returning to Pittsfield in1968, with now ten children, Dr. Farley was appointed principal at Hibbard Elementary School and later at Highland Elementary School where he was a beloved leader to generations of children and their families. He was always looking for ways to develop a sense of family and the love of learning. He embraced innovation, exemplified by his being the first principal in Pittsfield to introduce computers into elementary classrooms. Like most educators during this era, he worked second and summer jobs to provide for his family, including working for the highway department, the Parks Department and Camp Karu, refereeing youth sports and preparing the next generation of teachers at the then North Adams State College. He spent hours outdoors growing flowers and a vast garden filled with an array of vegetables to be eaten freshly picked as well as to be stored for the winter months. Tom was a star athlete with a special talent for batting and stealing bases. He took joy in doing backflips off the diving board even into his seventies and golfing into his late eighties. His keen sense of strategy, however, shone brightest at the contract bridge table. Together with Chuck Bordeau, his partner of 63 years, they achieved the rank of Silver Life Master. Tom married Carolyn M. Sitzman in August of 1984. The couple formed a loving 35 year partnership lasting into a long retirement, caring for each other and enjoying the life events of their children, 31 grandchildren and 4 great grandchildren. Besides his wife, he is survived by his children and grandchildren, Tommy and Gerri (Ryan, Bridie, Chaela, Colin and Shea) Mary Kay and Steve (Katie and Jessica) Colleen and Jeff (Nicholas and Courtney) Shaun and Mary (Branden, Jennie and Amelia) Kevin (Matthew, Patrick, Tim and Elizabeth) David and Maria (Dylan, Kyle, Jack and Jared) Dan and Anita (Colleen and Brenna) Tricia and Dan (Enrique, Maggie and Joe) Peter and Deborah (PJ, Eliza, Bridget and Gretchen) and Meg (London and Breena). He is also survived by his numerous nieces and nephews, grand-spouses, his great grandchildren Alexis, Gia, Eli, and Claudia, and is currently blessed with more to come. Tom was the quintessential scholar and gentleman. He found every opportunity to learn something new and put others before himself. His legacy will live on in all who knew and loved him. Funeral Notice: Funeral services for Dr. George Thomas Farley will be Saturday, November 23, with a Liturgy of Christian Burial at 11 a.m. at Sacred Heart Church, celebrated by the Reverend Steven Montesanti. The family will receive friends on Friday, November 22 from 4 p.m. to 7 p.m. at the Dwyer Funeral Home. In lieu of flowers, expressions of sympathy in Tom’s memory can be made to the Sisters of St. Joseph, the Juvenile Diabetes Research Foundation, the American Heart Association or the Thanksgiving Angels, in care of the Dwyer Funeral Home, 776 North Street, Pittsfield MA 01201. Donations CANNOT be made online, but may be made through the Dwyer Funeral Home.

The family of Dr. George Thomas Farley created this Life Tributes page to make it easy to share your memories.

Send flowers to the Farley family.