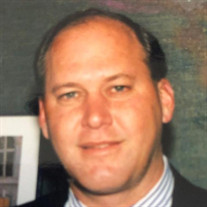 Former Mayor of Pittsfield, Mr. Gerald S. Doyle, Jr., 62, passed away at home on Sunday, August 9, 2020, surrounded by his loving family. Born in Pittsfield, MA, on December 14, 1957, the son of Beverly Scherben Doyle and the late Gerald S. Doyle, Sr., he was a 1976 graduate of Taconic High School and attended the former North Adams State College. In 1978, Gerry began working at Berkshire Gas, where he served as a dedicated employee for over twenty years. In 1985, Gerry was elected Ward 3 City Councilor in the city of Pittsfield. In 1987, Gerry was elected Councilor at large where he served for ten years. During his time as a member of the City Council he was elected City Council President on three occasions. In 1997, he was elected to his first term as the Mayor of Pittsfield and re-elected in 1999 for a second term. In 2001, Gerry decided not to seek a third term as Mayor and return to private life. That was not, however, to be the case as over the next 20 years he dedicated himself to serving his community and state in several positions. At the time of his passing, he was the Governor’s appointee to the Pittsfield Housing Authority, a board member on the Pittsfield Retirement System and the Berkshire County Retirement System. In 2005, Secretary of State William Galvin appointed him as his Western Massachusetts liaison, a position in which he continued to serve in until the time of his passing. Gerry was also a longtime colleague of the Dwyer Funeral Home and was a beloved part of the Dwyer family. Gerry enjoyed working at the funeral home as it gave him the opportunity to do what he did so well, helping people get through a difficult time. Gerry was active in the Irish Sister City, a member of the Jimmy Fund, Irish Americans, Elks, Polish Falcons, East Side Men’s Club, the Dalton American Legion, and countless other social, youth sport, and charitable organizations throughout Berkshire County. He was the guy to see if you needed something and was always willing help. He truly loved interacting and learning about everyone he crossed paths with. He was a people person and surrounded himself with an amazing group of loyal friends. The memories created will be cherished by many and we’ll all miss hearing Gerry retell their adventures. When not running between events, Gerry could often be found on his mower, toiling in the garage, or watching a Sox game by the pool. Nothing made Gerry happier than looking out over a backyard full of family and friends. Above all else, Gerry cherished and loved his family. He leaves his beloved wife, the former Beth Harrington, whom he married on October 27, 1977. Gerry is also survived by his son, Michael Doyle and his wife MaryBeth as well as his two grandchildren, Ayden and Emmalee who he absolutely adored. He leaves behind his mother, Beverly, and siblings, Debbie Lussier (Tom), Kellie Klesel (Joe), and Timothy Doyle. He is also survived by many nieces and nephews, as well as friends too numerous to count. Besides his father, Gerry was predeceased by his loving daughter, Megan, who passed away on February 21, 2019. After his family, Gerry loved the people of Pittsfield. During his short walk through life he touched the lives of so many. Gerry was known for his lighthearted spirit, his generosity, his loving kindness, and his heart of gold. He will be sorely missed by those who were blessed to have known him, and by everybody whom he touched through his genuine advocacy for this city. While Gerry Doyle’s walk through life was short, it was a most meaningful one. -“Don’t mourn for me, I didn’t miss a trick.” – Gerry Doyle Funeral Notice: Funeral services for Mr. Gerald S. Doyle, Jr., will be Tuesday, August 18, 2020, with a Liturgy of Christian Burial at 11 a.m. at St. Charles Church, celebrated by the Rev. A. Peter Gregory, Pastor Emeritus and concelebrated by the Rev. John Tuohey, Administrator. There will be seating restrictions in place to ensure the safety of everyone and there will be additional seating in the lower level of the church with a live broadcast of the funeral. There will be a live webcast of the funeral for those who are unable to attend. Please contact the Dwyer Funeral Home for the webcast link to watch the service. A live broadcast of the funeral can also be viewed on PCTV- City Link, Channel 1303. Burial will follow at St. Joseph Cemetery. Calling hours will be Monday, August 17, 2020 from 3 p.m. until 7 p.m. at St. Charles Church. In lieu of flowers, donations can be made to the Berkshire County Jimmy Fund or St. Charles Church in care of the Dwyer Funeral Home, 776 North St., Pittsfield, MA 01201 in his memory. Donations CANNOT be made online, but may be made through the Dwyer Funeral Home.

The family of Mr. Gerald S. Doyle, Jr. created this Life Tributes page to make it easy to share your memories.

Send flowers to the Doyle, family.