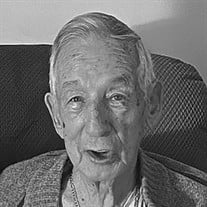 Mr. Gerald “Jerry” Kickery, 86, of Pittsfield, passed away on Sunday, April 3, 2022. Born in Pittsfield, MA on February 5, 1936, the son of the late Roy and Dorothy Thomas Kickery, he attended both Lee and Pittsfield Schools. Jerry was employed by Billy’s Trucking where he worked as a mover. Additionally, he owned Carvel Ice Cream Company in Pittsfield. He retired in 1991. Among many things, he enjoyed playing shuffleboard at the Falcons and Italian American Club. Gerald is survived by his beloved companion of 30 years, Ann St. Gelais. He leaves behind his two children, Gary Kickery (Carol) and Keith Kickery, as well as his grandchildren, Cassandra, Nick, Ashley, Jorden, and Trinity. Gerry also leaves behind his sister, Dorothy Kickery. Besides his parents, Gerald was predeceased by his daughter, Ann Marie, as well as his 6 siblings, Roy (Betty), Elaine (John), Florence (Charles), James (Judith), Fredrick (Joanne), and Richard (Cindy). Funeral Notice: Calling hours for Mr. Gerlad "Jerry" Kickery will be Friday, April 29, 2022, from 4 pm to 6 pm at the Polish Falcon Club, 32 Bel Air Avenue, Pittsfield, MA 01201. A celebration of his life will follow. In lieu of flowers, donations in his memory can be made directly to Ann St Gelais to help cover funeral expenses.

The family of Mr. Gerald "Jerry" Kickery created this Life Tributes page to make it easy to share your memories.

Send flowers to the Kickery family.