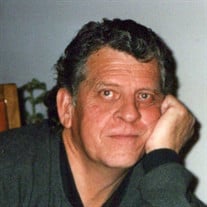 Mr. Grant W. Gagnier, Sr., 77, of Pittsfield, passed away at his home on Saturday, January 15, 2022, after long and courageous battle with cancer. Born in North Adams, MA, on June 16, 1944, the son of the late Edward and Gladys Murray Gagnier, he attended Williamstown schools and graduated from Vermont Academy in 1962, where he excelled on the ski team as a racer and jumper. Grant attended both Williams and Assumption Colleges. Through the early 1970s, Grant was in partnership with the family business, Eddie’s Supermarket in Williamstown. After that, he worked primarily as a carpenter and remodeler. Later, for many years, Grant had a stump grinding business. Briefly, he worked as an alcoholism counselor at the Hillcrest McGee Unit, and also as a realtor for Dwyer Family Realty. Grant was drawn to Cape Cod since childhood. He found his greatest peace and contentment by the ocean and was a passionate fisherman. He had artistic talents that few have, which was reflected in his carpentry. While he didn’t particularly care for athletics, he was a natural athlete. This was evident by the way he glided down the ski slopes with grace and ease, and by how he excelled at baseball and golf. Grant is survived by his beloved wife of nearly 40 years, the former Barbara Wrona, whom he married on September 10, 1982. He leaves behind his children, Grant W. Gagnier, Jr. (Kelley) of Plymouth, MA, Jamison R. Gagnier (Deborah), of Evergreen, CO, and Andrew J Gagnier (Ruslana), of Worcester, MA. Grant is also survived by his siblings, Bruce Gagnier (Tine), Liane Pioli (John), and Nadine Whatley (Terrance), as well as his grandchildren, Trent, Mason, Chloe, and Emilie Gagnier. As Albert Einstein was quoted, “Try not to be a man of success but rather try to become a man of value.” Grant was certainly a man of value. He lived a life of love and devotion to his wife, children, family, and friends, always available to help and advise. We will miss him dearly. Truly of a man of value. Funeral Services: A celebration of Grant’s life will be held at a later date this coming summer, a notice of which will be published. In lieu of flowers, donations in Grant’s memory can be made to the Berkshire Humane Society in care of the Dwyer Funeral Home.

Mr. Grant W. Gagnier, Sr., 77, of Pittsfield, passed away at his home on Saturday, January 15, 2022, after long and courageous battle with cancer. Born in North Adams, MA, on June 16, 1944, the son of the late Edward and Gladys Murray Gagnier,... View Obituary & Service Information

The family of Mr. Grant W. Gagnier, Sr. created this Life Tributes page to make it easy to share your memories.

Send flowers to the Gagnier, family.