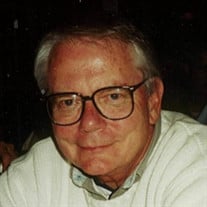 Grier Horner died February 7th after a fall at home. Born in New York City on June 30, 1935, the son of Winfield “Jack” Horner and Elizabeth Hall Horner. He graduated from Washington Irving High School in Tarrytown, New York and Brown University in 1957. He was awarded a Ford Foundation Fellowship in Journalism at Stanford University in 1969, where he spent six months with his family. Besides his long career in journalism, Grier had many diverse interests. He became a prolific painter of very large paintings, including his runway models currently showing at BCC, Joan of Arc, Dresden, and other abstracts and family portraits. He loved connecting with his 1000 Facebook friends and was an active champion for the local art community. When he was in his late thirties, he designed a modern addition to his house and completely shingled it in the winter. He built two modern pieces of furniture. He loved sailing his 470 on Pontoosuc Lake and competed in many regattas. His love of sailing was born on the Hudson River with his red sailing canoe, one time getting lost overnight with a friend. He became a long-distance bike rider in his fifties. He traditionally rode his bike from Pittsfield to Groton, MA for family Thanksgivings. On his 54th birthday, he rode his bike 150 miles to Burlington, VT in under 11 hours. In 1990, much to his wife’s dismay, he rode to the top of Mt. Greylock on January 1st. He loved his light filled home. He and his wife, Babbie, enjoyed walking in the woods across from their home in all kinds of weather. They were also ocean lovers and the highlight of each year was a family vacation in Wellfleet. He was an advocate for his neighborhood, opposing a timeshare from being built. And he was also at the forefront of fighting the recent changes at the Berkshire Museum with Save the Art. He is survived by his wife of almost 62 years, whom he met in high school, and his three children, Shannon Nichols (Paul) of Pittsfield, Eric (Michelle) of Auburn, NH, and Michael (Meghan) of Lake Charles, LA. Five grandchildren, Riley, Chad, Chase, Roan, and Ada. He leaves a sister, Britt Ochester (Ed) of Shelocta, PA and many nieces and nephews. Funeral Notice Calling hours will be Thursday, February 10, 2022, at the Dwyer-Wellington Funeral Home, 220 East St. Pittsfield, from 3 pm to 5 pm. Due to the recent rise in Covid cases, to best ensure everybody’s health, all who attend will be required to wear face masks. A private memorial service will be held at a future date. In lieu of flowers, donations may be made to The Christian Center, 193 Robbins Ave, Pittsfield, MA 10201 or Doctors Without Borders, PO Box 5030, Hagerstown, MD 21741-5030.

The family of Grier Horner created this Life Tributes page to make it easy to share your memories.

Grier Horner died February 7th after a fall at home. Born in...

Send flowers to the Horner family.