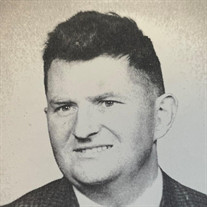 After leading a life that crossed continents and was full of love, family, and travel, Hans R. Fehlmann died March 7, 2022. Hans was born on August 16, 1928 in Kobe, Japan to Edith Laube and Hans Fehlmann, while his father was on assignment there. As a one-year-old, he traveled to his home, Baden, Switzerland where he would spend the next 26 years of his life. He loved to bicycle and ski in the Alps and enjoyed scouting with his friends. He attended the Swiss Federal Institute of Technology in Zurich and studied electrical engineering. After serving in the Swiss military, he was employed by Brown Boveri, in Baden where his father also worked. But a yearning to see the world took him and a couple of friends to Milwaukee to see the United States. After a year of the Midwest, he realized he missed the hills and mountains of Switzerland, so he found a job in the Berkshires at General Electric in Pittsfield. Hans worked in the high-voltage laboratory initially, then in distribution transformers where he was issued several patents, and ultimately finished his career in the lightning arrestor group, retiring in 1993. In Pittsfield, he found a home when he met Barbara "Bobbie" Howard Domby (deceased 1981), a Pittsfield native. He married Bobbie on March 15, 1958 and adopted her sons, Arthur Howard Domby and Charles Wilson Domby, Jr. They resided on Howard Street in Pittsfield. After a year of marriage, they had a third child, Hans Mark Fehlmann, and in 1960, the family moved to Lenox, where Hans would live for the next 62 years. Hans was a devoted husband, a loving and patient father, an avid gardener, a camping enthusiast, and a kind friend. The Alpine Son loved hiking through the Berkshires, including walking at Kennedy Park with his friend Gilbert Guy. He continued skiing (schussbooming in Swiss-German) into his 80s with his friends from GE. In his retirement years, he enjoyed traveling the world visiting Ukraine, Austria, Turkey, Brazil, Russia, Morocco, Kenya, South Africa, Australia, Japan, and Iceland, among numerous other countries. He delighted in showing his children and grandchildren the wonders of the world. Hans was generous with his time and volunteered on the Town of Lenox Department of Public Works advisory committee, provided science outreach lessons in the Pittsfield schools, ushered at Tanglewood, and helped anyway he could at Shakespeare & Company. He was also a long-time member of the Church-on-the Hill in Lenox. He spent the last 14 years at Kimball Farms, making friends and participating in activities including arts and crafts and drama productions. He still found time to go to Berkshire West for spinning and water aerobics classes. Hans is survived by his three sons: Arthur Domby (Alice) of Atlanta, GA; Charles Domby (Lyn) of Mount Vernon, WA; and H. Mark Fehlmann (Gayle) of Georgetown, MA. He was proud of his seven grandchildren: Sarah Domby Gatenby (Jordan) of Maplewood, NJ; Adam Domby (Jennifer Kosmin) of Auburn, AL; Emma Domby (Owen Carver) of Atlanta, GA; Arthur W. Domby of Kent, WA; Elizabeth Domby Ebert (Pake) of Amarillo, TX; Jeffrey H. Fehlmann (Tara) of Chelmsford, MA; and Julie Fehlmann Beaudry (Robert) of Warren, MA. He is also survived by five great-grandchildren: Matthew and Eli Gatenby, Charles Ebert, Layne Beaudry, and May Fehlmann; his sister- and brother-in-law Holly and Richard Stover of Richmond, MA; his sister-in-law Jane Howard Guernsey of California; and numerous nieces and nephews in the United States and Switzerland. He will also be missed by his longtime friend and companion Elizabeth Bruggeman. Funeral Notice: Funeral services for Mr. Hans Rudolf Fehlmann will be at a later date. Donations to the Lenox Library or Church-on-the-Hill of Lenox may be made in Hans's memory.

After leading a life that crossed continents and was full of love, family, and travel, Hans R. Fehlmann died March 7, 2022. Hans was born on August 16, 1928 in Kobe, Japan to Edith Laube and Hans Fehlmann, while his father was on assignment... View Obituary & Service Information

The family of Mr. Hans R. Fehlmann created this Life Tributes page to make it easy to share your memories.

After leading a life that crossed continents and was full of...

Send flowers to the Fehlmann family.