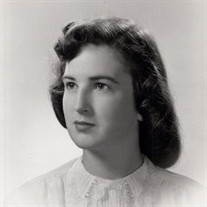 Mrs. Irene L. Shea, 93, of 643 Crane Avenue, passed away peacefully on Monday, September 20, 2021 at Springside Care Center in Pittsfield, where she had resided for a short time. Born in Pittsfield on June 11, 1928, the daughter of the late Arthur and Blanche Clairmonte LaBonte, she graduated from the former Dalton High School in 1946. During her four high school years, she was involved in many activities: politics, all offered sports, the Glee Club, as well as acting in the major school productions. Irene continued her education at the now Framingham State University where she graduated in 1950, earning her Bachelor of Science degree in Education. Again, she was involved in many areas of sports, politics, and the arts. Soon after graduation, she married her husband, Richard H. Shea, in 1950. She was then employed by Western Mass Electric Company as a Home Economist. Irene was a homemaker and a stay-at-home mom for twelve years before returning to work as a science teacher at the former South Junior High School. She then relocated to Pittsfield High School, from where she retired in 1985. Irene was a devout member of St. Agnes Church in Dalton, as well as the church’s Rosary Society. She was predeceased by her husband, who sadly passed in 2010, as well as her brother, Donald LaBonte, who passed in 2000. Irene leaves behind a daughter, Maureen Shea of Pittsfield, two grandchildren, Stephanie Quinlan (Trevor) of Pittsfield, and Mark Salvini (Vicky) of Huntington. She leaves seven great-grandchildren whom she loved dearly, as well as many cousins, nieces, nephews, and their children. The family gives heartfelt thanks to the many dedicated and caring staff members of Springside, as well as the Hospice staff of Western MA, whose caring helped Irene during her final days. Funeral Notice: Funeral services for Mrs. Irene L. Shea will be Tuesday, September 28, 2021, with a Liturgy of Christian Burial at 10 a.m. at St. Agnes Church, celebrated by the Rev. Christopher Malatesta, Pastor. Burial will follow at St. Joseph Cemetery. Calling hours for Mrs. Shea will be Monday, September 27, 2021 from 4 p.m. to 6 p.m. at the Dwyer Funeral Home, 776 North Street, Pittsfield MA 01201. To best ensure everybody’s health, due to the recent rise in Covid cases, all who attend these services will be required to wear face masks. In lieu of flowers, donations can be made to the Springside Place Activities Fund, Hospice Care of Western Mass, or to the Sonsini Animal Shelter, in her memory, in care of the Dwyer Funeral Home.

Mrs. Irene L. Shea, 93, of 643 Crane Avenue, passed away peacefully on Monday, September 20, 2021 at Springside Care Center in Pittsfield, where she had resided for a short time. Born in Pittsfield on June 11, 1928, the daughter of the late... View Obituary & Service Information

The family of Mrs. Irene L. Shea created this Life Tributes page to make it easy to share your memories.

Send flowers to the Shea family.