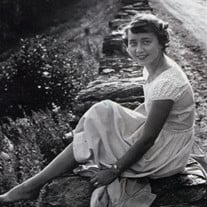 The definition of “Badass” in every sense, Irene Lanthier Tague passed away at the beloved Mt. Carmel Care Center on June 6 at 5:20 am. Her grandson, Christopher Robinson Tague was with her, reading The Hobbit. Irene, originally named, “Elizabeth Irene Lanthier” was born in Danbury Connecticut on June 11th, 1928. She passed 5 days short of her 91st birthday. She joins her husband, William H. Tague, her grandparents, “Meme” and “Pepe,” her many aunts, uncles, and her parents, Rose La Porte, and Albert Lanthier. Irene grew up amidst chaos, creativity, and combustible energy that manifested into brilliance and beauty that led to the creation of 20 Rockwell Rd., Lanesboro, the foot of Mt. Greylock having a limitless view of the Berkshires and beyond, with the Taconic Range to the west and Saddleball Mountain to the east. It was there that she, and Bill Tague produced not only any idyllic setting of just short of 6 acres, a spring fed pond, many gardens and a large paddock for ponies. Timothy N, Tague, Peter M. Tague and Susan E. Tague were to be born there. She leaves 6 grandchildren: Celeste, Nora, Christopher, Jesse Tague as well as Alexis and Eliza Gonzalez, and 5 great -grandchildren. She leaves beloved brother, Marcus and Sally Lanthier, their 6 children and their families, plus 3 first cousins, Michael and Marcus Samale, and Sandra Davis, and their families. Irene was a force to be reckoned with. Whatever she had in her mind to do, she did it unabashedly and ferociously, with unmatched energy and drive. She was the 41st (?) Berkshire County Winter Carnival Queen where she won double prizes not only for her beauty, but also selling largest number of buttons, which advertised local businesses. She attended Pontussec school and Pittsfield High School, followed by working at the Berkshire Eagle. It was in the tulip bed , where future husband William H. Tague took her picture. It was a match made in heaven. After raising her three children, Irene went on to establish a gallery on Water Street in Williamstown in order to sell husband, Bill’s mounted photographs, being forced to move to accommodate a restaurant. She went on to join Emily Johnson, a watercolorist, sharing space in a gallery on Spring Street, followed by William Grennon, an architect, across the Street. From there, she joined Helen Davis in a larger gallery housing unique handmade art as well as paintings where her eye for art evolved and her clientele multiplied, including Bruce Paltrow, father of Gwenneth Paltrow, who spent summers in Williamstown. After several years working in The Gallery on Spring Street, Irene worked with Pam Weatherbee of Williamstown to open The Studio to support local artisans and artists, compiling, arranging and selling wearable art as well as established painters, including Jack Flynn, Kay Tannegawa and innumerable other fine artists (names?). With the Williamstown Theater Festival in full swing every summer, Joanne Woodward found her way to The Studio during two sequential seasons and bought dresses designed and created by a then retired New York designer, who Irene took under her wing…”just make something; I can sell it for you…” she would say. On one occasion, Paul Newman was waiting in the parking lot just outside. It was to continue for 7 years, followed by Rockwell Terrace, a bed and breakfast that Irene established to use her three extra rooms at 20 Rockwell Rd. She managed this for another 7 years, during which time she attended nearly every social function in Berkshire County. When conversations arose, Irene would know the brother, the aunt, the grandmother, or some family member to whomever she was talking, gliding from one person or group to the next. Always elegantly dressed with jewelry and pins to set the tone, she never owned a pair of jeans…” they are for work in the barn.” With her green thumb, always planting and arranging bouquets as well as decorating her flawless home, Irene always rose to the occasion, accommodating and often using her unfiltered instincts to accomplish her goal: she established a collection of 54 postcards as therapy, using negatives of black and white negatives from husband, Bill’s archive after he passed in 1990. She developed a large network of clients throughout Berkshire County, whom she visited and sold to every season during which time she , through the assistance of Tyler Resche composed three separate books of Bill Tague’s photos, illustrating and encompassing the culture and essence of the Berkshires for 40 years. Each book, published and printed by Images of America captured each of her three children as the cover photos. During this time, Irene arranged through sponsorship of local businesses and banks free concerts with area musicians for the public, every month during the summer at the Visitor’s Center at the base of Mt. Greylock, which until then had lain dormant. Irene sparked life into every endeavor she undertook. In 1995, Irene went to the Boy’s Club to check into dance lessons where she met Mike Moreyn, who also was looking for a dance partner. From then until shortly before his passing on May 1st of this year, they remained close friends, dining and dancing and socializing at every turn. He became an ineffable part of the family. Through him, Bob and Janice Welcome were in regular attendance. In 2005, Irene took a class at Southern Vermont College and put together a collection of her work and business projects. She would often be called aside, or requested to speak, offering her secrets at starting up businesses, but only by actually taking a class and doing the work at a college did she feel “successful.” Irene L. Tague, like her husband did not suffer fools. Funeral Services: Calling hours will be held at the Dwyer Funeral Home on Thursday, June 20th between 5:00 until 7:00 pm. A church service conducted by Father Peter Gregory will be held on Saturday, June 22 at 10:00 am at St. Charles Church on Briggs. Ave. in Pittsfield. There will be a reception following at 5:00 pm to celebrate her life at The Visitor’s Center on Rockwell Rd. In Lanesboro ,RSVP.

The definition of &#8220;Badass&#8221; in every sense, Irene Lanthier Tague passed away at the beloved Mt. Carmel Care Center on June 6 at 5:20 am. Her grandson, Christopher Robinson Tague was with her, reading The Hobbit. Irene, originally... View Obituary & Service Information

The family of Irene L. Tague created this Life Tributes page to make it easy to share your memories.

The definition of “Badass” in every sense, Irene Lanthier Tague...

Send flowers to the Tague family.