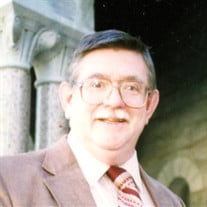 Mr. James D. Culver, 71, of Pittsfield, passed away on Saturday, January 25, 2020. Born in Westfield, MA, on January 13, 1949, the son of the late Irvin and Catherine Layden Culver, he graduated from St. Joseph High School in 1967. In 1998, he graduated Magna Cum Laude from North Adams State College with a bachelor's degree in Biology and Medical Technology. After graduating, James worked for 15 years as a medical technologist at Berkshire Medical Center. Towards the end of his career, James also worked at Berkshire Cosmetic And Reconstructive Surgery Center. Jimmy had a passion for learning and science. He loved making frozen sections and slides at the South St. Plastic Surgeons and he truly enjoyed his relationship with the pathologists. Jimmy also enjoyed traveling very much. He visited Ireland five times, two of which were Sister City Trips, and each time he came back with a new found love for the country. Two of his most important trips to Ireland were when he was able to share these incredible experiences with each of his sons. He enjoyed traveling domestically as well. Two of his absolute favorite places were the beautiful beaches of Rhode Island and Gloucester. When his two sons were young, James enjoyed being a volunteer with the Boy Scouts. He took the troop on many trips, including Acadia National Park, Maine, and the White Face Mountains. Although these were often hiking trips, he preferred to be the driver! As the boys got older, James became an avid sports supporter. He loved watching their games, whether it be on the baseball diamond, the soccer field, or at the bowling alley. As he entered retirement, he allowed other passions to flourish. He enjoyed rock collecting and tumbling, studying history and the Irish heritage, and most importantly watching every Red Sox game from the comfort of his recliner with his faithful Mia in his lap and his son by his side. Besides his wife, the former Pamela Schilling, whom he married on October 1, 1989, James is survived by his son, Seamus Culver. He also leaves behind his best friend, Mia. James was predeceased by his parents and by his son, “my beautiful boy, Liam Fergus Martin”. Funeral Notice: A celebration of life in memory of Mr. James D. Culver and his son, Liam Culver, who passed away on July 21, 2013, will be on Friday January 31, 2020 from 3:30 p.m. until 5:30 p.m. at the Dwyer Funeral Home. In lieu of flowers, donations can be made to the BCC Culinary Fund in care of the Dwyer Funeral Home, 776 North St., Pittsfield, MA 01201 in their memory. Donations CANNOT be made online, but may be made through the Dwyer Funeral Home.

The family of Mr. James D. Culver created this Life Tributes page to make it easy to share your memories.

Send flowers to the Culver family.