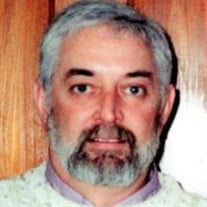 Mr. James M. “Jacko” Hayes, 66, of Pittsfield, passed away at home on Sunday, August 16, 2020, surrounded by his loving family, following a long, courageous battle with cancer. Born in Pittsfield on January 5, 1954 to the late Francis and Margaret Collins Hayes, James was a graduate of Taconic High School and spent 40 years working at General Electric in Pittsfield and Schenectady, New York before retiring in 2014. As a youngster, James attended St. Charles School and served as an altar boy at the church. He delivered newspapers around his neighborhood on Crane Avenue and spent countless hours with his brothers on Oak Hill, camping, fishing, and hunting. A middle child in a large Irish Catholic family—he had six brothers and six sisters—James also learned to cook from his mother and spent many days looking after his younger siblings. James raised his own family on Melbourne Road in West Pittsfield. He shared 44 wonderful years with his wife, Donna M. Hayes (Renzi), whom he married on August 7, 1976. Together the couple had two daughters, Shalene and Amy, and a son, Michael. At home, James could often be found tending to his backyard vegetable and flower gardens, which included growing garlic and tomatoes, as well as his prized morning glories. He loved to prepare meals for his family, especially his homemade apple pies, jarred pickles, and venison jerky. James also cherished his time in the woods hunting, fishing, and searching for mushrooms. Mr. Hayes appreciated the company of good friends, including Mike Pero, Angelo Tornicelli, Bobby Lussier, Mark Cetti, Jimmy Hinkley, Ray Bushey, Johnny Tyska, Billy Wendell, Mark Mitchell, Kevin Connors, Tom Watroba, Mike Renzi, and many more. In his down time, he was an avid reader, a prolific crossword puzzle solver, and he enjoyed watching the Red Sox, old Westerns, and Jeopardy. Some of James’ favorite memories included trips to Watkins Glen racetrack; traveling to Ireland where he visited the Cliffs of Moher and the Jameson Distillery; visiting New Mexico to experience the state’s Balloon Fiesta and visit Bandelier National Monument; a trip to Alaska alongside his brothers to fish for salmon and halibut; family getaways to Cape Cod and Gloucester; and vacationing as a young man in Trinidad and Tobago with his brother-in-law. In retirement, Mr. Hayes could be found at home surrounded by his loving grandchildren; Kaliegh, Marcus, Gavin, Finias, Sofia, and Madeline. Each held a special place in his heart and will forever miss his resolute guidance and loving nature. In addition to his surviving immediate family, James leaves behind several brothers and sisters; Margaret B. Percy of Pittsfield, Helen E. Barbiero of Long Island, William L. Hayes of Becket, Mary A. Quinto of Pittsfield, Brigid M. Rufo of Altamont, New York, Robert P. Hayes of East Greenbush, New York, John P. Hayes, Elizabeth M. Flynn, Ann M. Hayes, and Joseph P. Hayes, all of Pittsfield, as well as many nieces, nephews, and cousins. He is predeceased by his brothers, Francis “Chico” Hayes and Patrick P. Hayes. FUNERAL NOTICE Public funeral services for Mr. James M. “Jacko” Hayes will be Wednesday, August 26, 2020 with a Liturgy of Christian Burial at 9 a.m. at St. Mark Church, celebrated by the Rev. Christopher Fedoryshyn, Pastor. Burial will be private. Public calling hours will be held Tuesday, August 25, 2020, from 4 p.m. until 6 p.m. at the Dwyer Funeral Home, 776 North Street, Pittsfield, MA, 01201. In lieu of flowers, please consider making a gift in James’ memory to the Theodore Roosevelt Conservation Partnership, https://www.trcp.org/other-ways-to-give/, in care of the Dwyer Funeral Home, in his memory. Donations CANNOT be made online, but may be made through the Dwyer Funeral Home.

The family of Mr. James “Jacko” Hayes created this Life Tributes page to make it easy to share your memories.

Send flowers to the Hayes family.