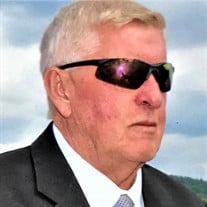 James Thomas MacDonald, 70, of Pittsfield, MA passed away last Friday night on December 11, 2020 after a long battle with cancer. Born in Pittsfield, MA on March 29, 1950, the son of the late James MacDonald and Mary Kelly MacDonald, he graduated from Pittsfield High School in 1969, and then went on to earn his Bachelor’s degree in Physical Education and Health from the University of Massachusetts in 1976. He attended Westfield State College and was enrolled in the Master’s program studying education for children with moderate Special Needs. Jim worked at Hillcrest Educational Centers for many years and had a positive impact on the students that he worked with. He then went on to teach at the alternate school before it closed and then was transferred to Pittsfield High School before his retirement when he fell ill 6 years ago. He also worked at the Boys and Girls Club camp helping children with special needs with recreational therapy. Jim was an advocate for the students that came from all backgrounds, including special needs children and trauma victims. He also had a lawncare business years ago, We Care Lawn Business where he would often be seen mowing lawns with his son next to him with his Little Tikes’ mower. Besides being a teacher Jim was an avid sports fan. He loved all New England teams, including the Red Sox, the Celtics, and the Patriots. He was a youth baseball coach who could talk for hours about coaching little league, and Babe Ruth when his sons were growing up. In 1995 he coached his 14 and 15-year-old Babe Ruth team to the world series. They played in Millville, New Jersey and placed 5th in the nation. He enjoyed coaching his sons in baseball and had a love for Clapp Park (west little league) as those are where some of his best memories were made. He had a special place in his heart for all the players he had coached over the years. Aside from coaching one of his greatest joys was watching his grandsons play sports. This summer he was able to watch his grandson play little league, all stars and a travel team where he played throughout Berkshire County. He was a devoted Papa never missing a game and would always be standing behind the center field fence watching his granddaughter run around the park, while watching his grandson pitch. We will miss Papa Jim at all the games. Aside from being a coach Jim was also a very talented artist and enjoyed giving his paintings out to friends and families. He had just finished a picture for his grandson of a boxer that he was determined to get done even though he was sick. Jim could talk politics for hours and loved a good debate. He loved talking about growing up on Edward Ave, his summers as a youth hanging at Deming Park and his memories when his children were young on Taylor St. Jim fought a long battle with cancer and after it returned this past summer, his health declined quickly. Through all of this he was a warrior and never complained. We are so proud of him for the fight he gave even until the end. Jim is now reunited with his son Michael Broderick MacDonald, who passed away in September of 2006, as this loss weighed very heavy on his heart over the years. He founded the Michael MacDonald Baseball Memorial Scholarship in 2006 after his sons passing which has helped many students with college related expenses. Jim is survived by his son Christopher MacDonald of Pittsfield, his daughter Marielle MacDonald Appleton and her Husband Kyle Appleton, his beloved sister Patricia Duma and her husband Paul, a brother Jack MacDonald and his wife Colleen, a brother Bob MacDonald and his wife Shirley of Dalton. He leaves his grandsons, Patrick Konefal, Kevin Konefal and his granddaughter Juliet Appleton along with several nieces and nephews. Funeral Notice: Funeral services for James Thomas MacDonald will be Friday, December 18, 2020, with a Liturgy of Christian Burial at 9:30 a.m. at Sacred Heart Church, celebrated by the Msgr. Michael A. Shershanovich, Pastor of St. Joseph Church. In lieu of flowers, donations can be made to the Michael MacDonald Scholarship Fund in care of the Dwyer Funeral Home, 776 North Street, Pittsfield, MA 01201, in his memory. Donations CANNOT be made online, but may be made through the Dwyer Funeral Home.

James Thomas MacDonald, 70, of Pittsfield, MA passed away last Friday night on December 11, 2020 after a long battle with cancer. Born in Pittsfield, MA on March 29, 1950, the son of the late James MacDonald and Mary Kelly MacDonald, he graduated... View Obituary & Service Information

The family of Mr. James Thomas MacDonald created this Life Tributes page to make it easy to share your memories.

Send flowers to the MacDonald family.