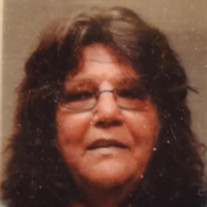 Mrs. Jean Marie Hagadorn, 65, of Dalton, passed away on Tuesday, May 26, 2020. Born in Pittsfield, MA on May 22, 1955, the daughter of the late George and Betty Waid Topping, she graduated from Pittsfield High School in 1973. From high school, Jean went on to work at the First Agricultural Bank. Following that, she worked at KB Toys for over 20 years. Most recently, Jean was employed as a medical secretary at Berkshire OB/GYN. First and foremost, she enjoyed spending time with friends and family, especially her longtime companion, Ronald Beaumier. Many would describe her as “quite a pistol,” which could not be any more accurate! Jean brought a smile to everybody’s face, along with lots of laughs. She was the life of the party. Jean’s close neighbors and friends, “the porch people,” undoubtably became her extended family, and are all in agreement that the porch will never be the same without her! Jean was an avid New England Patriots fan and loved collecting her trinkets! Jean was predeceased by her beloved husband, Robert Hagadorn, whom she married on December 11, 1992. She is survived by her children, Michael A. Benjamin and his fiancé, Heather Chappel, and Jody M. Underhill. She also leaves her dear grandson, the light of her life for the past 8 years, Wyatt J. Underhill. Jean is survived by her loving and doting companion, Ronald Beaumier, who brought light back to her life. She also leaves two sisters, Patricia Murphy (Raymond), who was a constant support throughout her life, Susan Wood (Donald), and half-brother, William Dalrymple (Roberta), as well as nephews and nieces, Billy and Pauly Murphy, Jordan Maynard, Shelly Sweet, and Shannon O’Bryan. Jean was also predeceased by her sister Roberta Topping, two half-brothers, Richard and Fred Dalrymple, and son-in law, James Underhill, Jr.. Funeral Notice: There will be a private graveside service for the family of Mrs. Jean M. Hagadorn. In lieu of flowers, donations can be made to the Salvation Army in care of the Dwyer-Wellington Funeral Home, 525 Main Street, Dalton, MA 01226, in her memory. Donations CANNOT be made online, but may be made through the Dwyee-Wellington Funeral Home.

Mrs. Jean Marie Hagadorn, 65, of Dalton, passed away on Tuesday, May 26, 2020. Born in Pittsfield, MA on May 22, 1955, the daughter of the late George and Betty Waid Topping, she graduated from Pittsfield High School in 1973. From high school,... View Obituary & Service Information

The family of Mrs. Jean Marie Hagadorn created this Life Tributes page to make it easy to share your memories.

Mrs. Jean Marie Hagadorn, 65, of Dalton, passed away on Tuesday,...

Send flowers to the Hagadorn family.