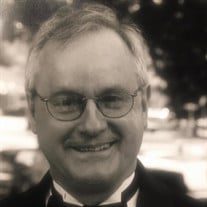 Jeffrey Paul Rayner, 78, of Pittsfield, passed away early Friday morning, February 18, 2022. He was born on December 15,1943, in Pittsfield, MA to the late William and Elsie (Goodskey) Rayner. Jeff graduated from Pittsfield High School in 1961 and received his Bachelor of Science degree in three years from Babson College in 1964. Jeff began his career as a teller at Berkshire County Savings Bank where he gradually worked his way to Executive Vice President and acting President. When the bank merged into Berkshire Bank, Jeff became Senior Vice President of the management team. During these years, he served in the community as President of Berkshire United Way, chaired their annual fundraiser and was a board member at Mass College. He spent 36 years with Berkshire Bank before embarking on a new path, where he joined Berkshire Life Insurance Company as a CLU. Eventually retiring with Guardian Life Insurance Company in November 2017. Throughout his career, one thing was steadfast, Jeff was passionate about his work and his clients. Jeff met Patricia (Quirk) during college and married Pat, the love of his life, on October 9, 1965. He is survived by his wife and two sons, Sean Rayner (Michelle) of Park City, Utah and Kevin Rayner of Pittsfield, MA. Along with his five grandchildren; Rylie Rayner, Rian Rayner, Paige Rayner, Shea Rayner and Jack Rayner all of Park City, Utah. He leaves a brother-in-law and sister-in-law, Tom and Mary Quirk, and a nephew Trevor Quirk, as well as many dear friends. Jeff was predeceased by his parents, William and Elsie Rayner and loving in-laws, Lefty and Mary Quirk. Among many things, he enjoyed bowling, a good Manhattan, fishing with his sons and driving them all over New England to watch them compete in ski races. The Cape was his happy place, where he taught us how to clam, even without a rake. Jeff cherished teasing his grandkids and was nicknamed “The Pincher” for giving them pinches of love when they would run by him. Later in life, taking his family on Caribbean vacations with Pat by his side as the sunset was his ideal day. The family would like to thank the Mount Carmel staff for their kindness and compassion during these difficult times. Funeral Notice: Funeral services for Mr. Jeffrey Rayner will be Friday, February 25, 2022, with a Liturgy of Christian Burial at 12:30pm at Sacred Heart Church, celebrated by the Rev. A. Peter Gregory, Pastor Emeritus of St. Charles Church. Burial will follow at St. Joseph Cemetery. Calling hours will be Thursday, February 24, 2022, from 4pm to 6pm at the Dwyer Funeral Home, 776 North Street, Pittsfield MA 01201. Due to the recent rise in Covid cases, to best ensure everybody’s health, all who attend these services will be required to wear a face mask. In lieu of flowers, donations in Jeff’s memory can be made to The Berkshire Humane Society or St. Jude Children’s Research Hospital, in care of the Dwyer Funeral Home.

The family of Mr. Jeffrey P. Rayner created this Life Tributes page to make it easy to share your memories.

Send flowers to the Rayner family.