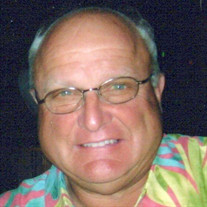 Sadly, on August 9, 2020, I unexpectedly lost the love of my life and my true soulmate, Joseph Nickolas Kroboth in Naples, Florida. Joseph was born on September 22, 1944 in Troy, New York to Adolf Anthony Kroboth and Anna Maria Neudecker. He moved with his mum and brother Alfred to New Lebanon, New York in 1952, graduating from New Lebanon High School with the class of 1962. Joseph learned his great work ethic from his mum Anna, helping her in their grocery store and gas station, and then working with her and his stepdad Victor Zeiter at The Ski Lodge Restaurant. He was known by many as “Joe Ski Lodge, The Bouncer.” During the week, he worked at Pratt and Whitney Aircraft in CT on the assembly line. He decided to further his education by attending Albany Business College and then transferred to Siena College where he earned a Bachelors Degree in Business, graduating in three years. He was hired by one of the top eight accounting firms in the country, Peat, Marwick, Mitchell and Co., where he worked until l973 when he founded County Concrete Corp. He started with six mixers and a portable batch plant that he set up in Cheshire, MA. He needed a new site, so Don Conway offered his property on Hubbard Avenue in Dalton, where he settled permanently building his concrete Kingdom. In 1978, he started Northern Foundations, Inc. with a crew of three, one used pick-up truck, and used panels doing excavation, foundations, and flatwork. In 1981, he and James H. Maxymillian purchased Vincent Sand and Gravel, Inc. and formed Pittsfield Sand and Gravel, Inc. They later purchased Bushika Sand and Gravel in Cheshire. In 1991, Joseph purchased the redi-mixed assets of Berkshire Concrete Corp, a division of Petricca Industries. Joseph was extremely dedicated to serving his customers with a quality product and the best service possible. He truly enjoyed encouraging employees to find happiness and success in their career and to be a part of the Team. During these years, Joseph kept the Team busy by developing Walden Village, Kathy Way, Beechwood Estates, Lenore Development, Karen Dr, Kara Dr, Giovina Dr, and his final project, Amy Court, which he was working on at the time of his death. In 2008, Joseph and his wife Amy decided to sell County Concrete Corp’s redi-mixed assets and the sand and gravel operations. They continued to operate Northern Foundations, Inc. with their son Adam until closing the doors in 2019 due to the labor shortage in Berkshire County. Joseph liked to work hard, but he also found time to enjoy the fruits of his labor enjoying trips to Las Vegas to attend the World of Concrete conventions, voyages abroad, and the US with his families and good friends. They traveled all over the world with their close friends, Thomas and Barbara Garrity every year since 1985. Joseph and Amy enjoyed twenty-nine years as member of The Country Club of Pittsfield, playing golf, tennis and platform tennis. For the last twenty years they were fortunate to escape the cold winters of the North and work from their home in Naples, Florida. Besides his beloved wife Amy, whom he shared 42 years with, Joseph leaves a brother Alfred, a daughter, Elizabeth A. Haines of Texas, two sons, Joseph C. Kroboth (Michelle) of Pittsfield, Adam J. Kroboth (Kayla) of Pittsfield, and seven grandchildren, Kaleigh, Ashlyn, Brendan, and Emme Lyon of Texas, and Logan, Owen, and Ella Kroboth of Pittsfield. He was predeceased by two daughters, Anne Marie and Kathleen Kroboth. Funeral Notice: At his request, there will be no formal funeral services for Mr. Joseph Nickolas Kroboth.

Sadly, on August 9, 2020, I unexpectedly lost the love of my life and my true soulmate, Joseph Nickolas Kroboth in Naples, Florida. Joseph was born on September 22, 1944 in Troy, New York to Adolf Anthony Kroboth and Anna Maria Neudecker. He... View Obituary & Service Information

The family of Mr. Joseph Nickolas Kroboth created this Life Tributes page to make it easy to share your memories.

Send flowers to the Kroboth family.