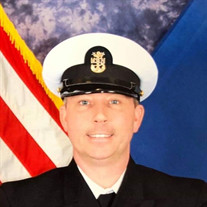 Ms. Sandra M. Vallencourt, 66, of Pittsfield, passed away on Saturday, June 13, 2020, surrounded by her loved ones, after a courageous battle with cancer. Just days later, on Wednesday, June 17, 2020, Sandy's beloved son, Justin R. Vallencourt, 42, of Oak Harbor, WA, passed away unexpectedly from a brain tumor. Sandra was born in Pittsfield, MA, on January 11, 1954 and was the daughter of the late Rueben Vallencourt and Sophia Lingoski Cadenelli. While her father passed away at a young age, Sandy was blessed with the genuine love of her stepfather, Bruno Cadenelli, who along with her mother Sophia raised her from childhood. Sandy attended Pittsfield Public Schools and was on the front page of the Berkshire Eagle fighting for the rights of women to be allowed to wear jeans at Taconic High. Sandy was a true hippie at heart and had a heart of gold. She loved to shop, and with her thoughtful nature she was always picking up gifts for the neighborhood children who knew her as "Nonnie". Even the stray animals knew her, and every morning the birds not only anticipated her arrival, but also the fresh bread that she brought with it! Sandy cherished time spent with her family, especially while camping or going to the beach. She was a proud mother, who adored her two children, Justin and Shila Vallencourt. She was so proud of her son Justin, in his position of Master Chief serving his 22nd year in the Navy. She was equally as proud to be able to witness Shila's recent graduation from the RN Nursing Program. She fought hard to be there to see this great achievement. Sandy fought hard, in fact, most of her life, whether it was for women's rights, peace for our soldiers, or even with her own hardships. She was warrior. Sandra also leaves behind by her grandchildren, Kayla N. Barrows of Pittsfield, and Ava S. Vallencourt of Washington as well as her most recent joy and adoration, her great grandson, Kyrie A Grandson. Sandy is survived by her "favorite" brother-in-law, Gary Bishop of Pittsfield, her daughter-in-law, Randi Vallencourt, her niece, Gina Bishop Fasser, of Belchertown, and her two sons Ayden and Jonas. Great care was given to Sandra by her daughter Shila, and friend Joanne Salvadore of Pittsfield. Sandra was predeceased by her siblings, Geraldine "Cookie" Bishop, Peter Cadenelli, and Richard "Butchie" Vallencourt, as well as her former husband Michael Hisert, and her Woody. Sandy's son, Justin Vallencourt, was born on August 5, 1977. Like his mom, Justin cherished the time spent with his family. He adored watching his daughter, Ava, whether it be at gymnastics practice, cheerleading, or just hanging out with her and his beloved wife, Randi, at their home. He loved his sister, Shila, wholeheartedly and their late-night conversations will always be remembered and treasured. From childhood onward, he never lost connection with his cousin, Gina, who was like a second sister to him, or his Uncle Gary and Aunt Cookie. He loved the time spent with his niece, Kayla Barrows, and was ecstatic that he was able to meet her son, and his godson, Kyrie, just a few short weeks ago. When the time allowed, Justin loved riding his new tractors, and fixing his old ones! While both Sandy and Justin will be deeply missed, a little piece of them will live on through each of the lives that they have touched with their extreme selflessness and genuine love. We know that they are now together in the heavens and will always look down on us with guidance, protection, and love. Funeral Notice: Funeral services for Ms. Sandra M. Vallencourt will be on Friday, June 26, 2020, at 1 p.m. at the Dwyer Funeral Home with the Rev. A. Peter Gregory, Pastor Emeritus, officiating. There will be an hour of visitation at the funeral home prior to the service from 12 noon until 1 p.m.. Please join us during this time as we honor the lives of both Sandra and Justin. Burial will follow at St. Joseph's Cemetery. A service with full military honors for Justin R. Vallencourt will be held at a later date in Washington, where he resided with his wife and daughter. In lieu of flowers, donations can be made to HospiceCare in the Berkshires in care of the Dwyer Funeral Home, 776 North St., Pittsfield, MA 01201 in their memory. Donations CANNOT be made online, but may be made through the Dwyer Funeral Home.

The family of Mr. Justin R. Vallencourt created this Life Tributes page to make it easy to share your memories.

Send flowers to the Vallencourt family.