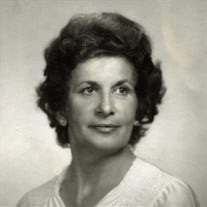 Mary V. (Paterno) McDermott passed away peacefully in her sleep with her rosary in her hands on Thursday, March 28. She was 93 years old and lived out her golden years at her home on upper North Street which was built by her beloved husband Jack A. McDermott who died in 1970. Mary was born in Lee on December 9, 1925 to an Italian father, Alphonse Paterno, and French mother, Virginia Paterno, who had both proudly immigrated to the United States. She was the youngest of six children and grew up in Lenox Dale in a family with strong values and a culture of living well. A member of what has often been called “The Greatest Generation,” Mary experienced the hardships of World War II as well as the joys of victory. Her husband, Jack, was an officer in the Navy and all three of her brothers worked as engineers and also fought in the war as officers. Her brothers Frank and Ernie were stationed in Europe in the army and her brother Al, also of Pittsfield, was a decorated hero bombardier in the Air Force. Her sister, Millie, a successful businesswoman, was one of the owners of the Rosa restaurant in Pittsfield and her sister, Helen, an accomplished journalist, lived on one of Windsor’s largest dairy farms. Mary had great patriotic spirit and was a competitor in every way. She played on the girls’ basketball team as a forward when the boys in her school, Lee High, were away at war. She was also a talented table tennis player and won awards later in life for her bowling abilities. She began her working career at Smith Papers and then moved on to the Pittsfield Registry of Deeds. After her children were born, she opened a real estate business with her husband, Jack. After Jack’s death, she nobly carried on the McDermott Real Estate business, expanding it by proudly opening an office in Lenox. Mary was successful in most everything she did. She was named Realtor of the Year and worked in real estate well into her 80s. Her negotiation skills were legendary. She also used those skills in managing her daughter’s early pageant and modelling careers and her son’s entrepreneurial ventures in the real estate business. With movie star good looks, she and her husband, Jack, were a glamorous couple who could be seen out on Saturday nights dancing in Pittsfield and Lee at popular places in their era such as the Wendell Hotel and Belden Tavern where they held their wedding reception on October 3, 1953. They both knew how to enjoy life and Mary was always upbeat even after losing Jack, the love of her life, at such a young age. Mary leaves her daughter Dawn McDermott, son Jay McDermott, and grandchildren, Jessica, Rachel, and Bradley McDermott and Kevin and Victoria Bruce. She also leaves many nieces and nephews as well as many friends in the Pittsfield area. Funeral Notice: Funeral services for Mrs. Mary V. McDermott will be Monday, April 1, 2019 with a Liturgy of Christian Burial at 10 a.m. at St. Charles Church, celebrated by Rev. A. Peter Gregory, Pastor Emeritus. Burial will follow at St. Joseph Cemetery. Calling hours at the Dwyer Funeral Home will be Sunday, March 31, 2019 from 2 until 5 p.m. In lieu of flowers, donations can be made to St. Charles Church, in care of the Dwyer Funeral Home, 776 North St., Pittsfield, MA 01201 in her memory. DONATIONS CANNOT BE MADE ONLINE, but may be made though the Dwyer Funeral Home.

Mary V. (Paterno) McDermott passed away peacefully in her sleep with her rosary in her hands on Thursday, March 28. She was 93 years old and lived out her golden years at her home on upper North Street which was built by her beloved husband... View Obituary & Service Information

The family of Mary V. McDermott created this Life Tributes page to make it easy to share your memories.

Mary V. (Paterno) McDermott passed away peacefully in her sleep...

Send flowers to the McDermott family.