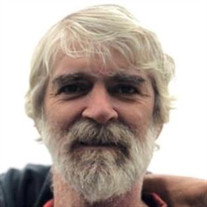 Mr. Michael John May, 54, of Cheshire, passed away on Saturday, March 7, 2020. Born in Pittsfield, MA on May 4, 1965, the son of John E. May and the late Patricia (DeChaine) May, he graduated from Hoosac Valley High School in 1983, where he was nominated worst driver in his yearbook. For much of his career, Michael worked on Whitney’s Farm and then later as a self-employed house painter. He was an avid football fan and a staple at Whitney’s Farm. While Michael could be known as a thrill seeker who enjoyed taking risks, riding dirt bikes and jumping out of planes, he was a simple honest man who lived a simple honest life. He loved fiercely and always gave a reason for others to smile. He was never one to judge, but rather saw the best in everyone, greeting everybody with a hug and smile. He lovingly cared for his father with whom he lived and enjoyed nothing better than a good banter with him. Besides his father, Michael leaves behind his sister, Deborah May. He is survived by his nieces, Crystal May Kruszyna Bradley (Nicholaus), and Katrina May Kruszyna (fiancée Mario Alvarez), as well as his nephew and good buddy, Daniel Joseph-John Kruszyna (Meghan), his great nephews, Ethan Phillips & Max Alvarez and great nieces Keira Ann and Cora May Bradley. Besides his family, Michael also leaves behind his best friends, Elias “Eli” Casal, John Wohrle Eric Whitney, and Heidi Balawender. Funeral Notice: A memorial service for Mr. Michael John May will be Saturday, March 14, 2020 at 2 p.m. at the Dwyer Funeral Home, at which time family and friends will gather to share their fondest memories of Michael. Calling hours at the funeral home will be prior to the service, from 12 noon until 2 p.m. In lieu of flowers, donations can be made to Shriners Hospital for Children in care of the Dwyer Funeral Home, 776 North St., Pittsfield, MA 01201 in his memory. Donations CANNOT be made online, but may be made through the Dwyer Funeral Home.

The family of Mr. Michael John May created this Life Tributes page to make it easy to share your memories.

Send flowers to the May family.