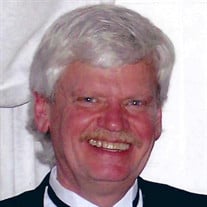 Paul Delaney Albro passed away on Friday, September 10, 2021 surrounded by his loved ones following a brief illness. He was born in Pittsfield, MA on May 24, 1948, the son of Stephen Albro and Alice (Delaney) Albro. He attended Pittsfield Schools graduating from Pittsfield High School in 1966. He was a proud member of the Cavalier Drum Corps during his time in Pittsfield. He then went on to obtain a degree in Engineering from UMASS Lowell in 1970 where he was a member of the Varsity Basketball Team. Following graduation, he was drafted into the US Army and proudly served his country during the Vietnam War. Following an honorable discharge from the Army, he went on to earn a master’s degree in Business Administration from UMASS Amherst in 1975. After working for several plastics manufacturing companies, he was given the opportunity to fill in as an adjunct professor at Castleton State College in 1977 where he found his true passion – teaching. He soon became a full-time member of the faculty at Castleton where he taught for 33 years, retiring in 2010. During his tenure at Castleton State College, he served as the chair of the business department three times, and served as both President and Vice President of Faculty Assembly. He also helped to establish a writing standards committee which set standards necessary for earning a business degree and evaluated student writing to determine if it met those standards. In addition, he authored a book on operational management and quantitative business decision making which was used as part of the Business curriculum at Castleton. Paul also received several honors and awards during his time at Castleton. The Student Government Association named him Teacher of the Year 3 times, and he also received Outstanding Faculty of the Year 4 times as determined by students and alumni. In 2002, Paul received a faculty fellowship to perform research on the Irish Potato Famine followed by a presentation of his findings to members of the college and local communities. While teaching at Castleton, a scholarship was established in his name for students studying Business. Following his retirement, Paul was selected as the commencement speaker for the 2011 Castleton State graduation exercises, and in 2013 he received the honor of professor emeritus from the college. In addition to his Castleton responsibilities, Paul also traveled to Moscow, Russia to help faculty at the University of Moscow develop a business curriculum and acted as an adjunct professor at St. Michael’s College in their graduate Business Degree Program. Paul also volunteered with several organizations in the community. He acted as the Hubbardton, VT town moderator for 15 years. He served as a volunteer fireman with the Hubbardton and Castleton VT volunteer fire departments. Paul worked for three years to build a shelter in Rutland, VT called “The Dodge” for homeless veterans. He was also a volunteer delivery driver for Meals on Wheels. Paul will always be remembered for his humor, which could at times be a little dark. He took pride in his Irish heritage, always ready with a story to share. He loved to teach kids how to drive, whether it was his grandson or a neighbor. He took great pride in his grandchildren, watching their sporting events, bringing them to swim lessons, and visiting in California. He was always ready to help paint, as long as heights were not involved. He will always be remembered for his unique expressions and the many nicknames that he assigned to friends and family. He was an avid fan of the Boston Red Sox, New England Patriots, Duke Basketball, and any team his grandchildren played for. Paul is survived by his wife of 19 years and Kindergarten sweetheart, Paula (Beringer) Albro, his daughter Stephanie Alband (Brad), his brother Stephen “Bill” Albro (Joan Rose), his aunt Norma “Auntie Em” Chalmers, brother-in-law Rich Beringer (Suz), stepchildren Jamie Virgilio (Jen Vallone) and Jessica Maloney (Rob), grandchildren Zoe Anna and Liv Delaney Alband, Tyler Virgilio (Katherine), Cooper and Caroline Maloney all of whom lovingly referred to him as Shenner (Irish for grandfather), nephews Steve Jr., Kevin, Kenny, and Billy Albro, lifelong friends Phil and Lynn Adams, and his dog Benny. He was predeceased by his parents Stephen and Alice Albro, Aunt Nat (Delaney) Nelson, and his beloved dogs Scheisse and Harry. Funeral Notice: Calling hours will be Wednesday, September 15, 2021, from 4:00 to 6:00 PM at Dwyer-Wellington Funeral Home, 220 East Street, Pittsfield, MA 01201, and the family requests all those attending to please wear a mask for everyone’s protection. In lieu of flowers, the family has requested that donations be made to the Paul Delaney Albro Scholarship Fund for Business majors at Castleton State College, the Hubbardton, VT Volunteer Fire Department, or Soldier On.

Paul Delaney Albro passed away on Friday, September 10, 2021 surrounded by his loved ones following a brief illness. He was born in Pittsfield, MA on May 24, 1948, the son of Stephen Albro and Alice (Delaney) Albro. He attended Pittsfield Schools... View Obituary & Service Information

The family of Mr. Paul Albro created this Life Tributes page to make it easy to share your memories.

Send flowers to the Albro family.