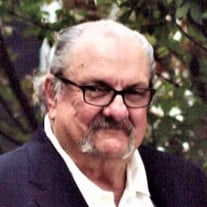 Mr. Peter Choiniere, 76, of Pittsfield, passed away on Tuesday, August 17, 2021. Born on December 16, 1944, the son of the late Alphonse and Doris Ransehousen Choiniere, he graduated from Pittsfield High School with the class of 1963. Peter was employed by General Electric which would later become General Dynamics, where he worked as an assembler in the power transformer division. It was there that he dedicated 37 years of service, up to his retirement in 1984. He was an avid outdoorsman. Among many things, he enjoyed, fishing, hunting, long rides in his truck with his wife by his side and in recent years, on his prized Harley Davidson motorcycle. Peter was predeceased by his beloved wife of 46 years, the former Virginia Maurer, whom he married on October 9, 1970. Virginia passed away on December 13, 2016. He is survived by his daughters, Gina M. Medico and her husband John of Simsbury, CT, Lisa A. Bock and her husband Matthew of Pittsfield and Allison R. Choiniere of Pittsfield. He also leaves his seven beloved grandchildren: Mark, Christina, Danielle, Alexander, Sofia, Conner and Kaylee. We would like extend a special thank you to the wonderful team at HospiceCare in the Berkshires including his case manager Melissa, nurses Erica and Andrea and aides Jamie and Audrey as well as the staff at Kimball Farms Nursing Care center for their excellent care. Funeral Notice: Funeral services for Mr. Peter T. Choiniere will be private. In lieu of flowers, donations can be made to HospiceCare in the Berkshires in care of the Dwyer Funeral Home, 776 North Street, Pittsfield MA 0101 01201, in his memory. Donations CANNOT be made online, but may be made through the Dwyer Funeral Home.

Mr. Peter Choiniere, 76, of Pittsfield, passed away on Tuesday, August 17, 2021. Born on December 16, 1944, the son of the late Alphonse and Doris Ransehousen Choiniere, he graduated from Pittsfield High School with the class of 1963. Peter... View Obituary & Service Information

The family of Mr. Peter T. Choiniere created this Life Tributes page to make it easy to share your memories.

Mr. Peter Choiniere, 76, of Pittsfield, passed away on Tuesday,...

Send flowers to the Choiniere family.