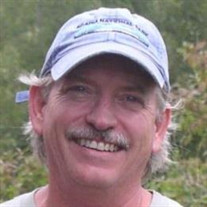 Peter Michael Nickum Tague, 64, of Lanesborough, MA, loving husband and father and dear friend to many, passed away on March 17, 2021, as a result of a skiing accident. Peter was born December 23, 1956, in Pittsfield, son of William H. Tague, Jr., and Irene Lanthier Tague. He attended Mount Greylock High School, graduated from Darrow School of New Lebanon, NY, in 1976 and earned a Bachelor of Arts degree in psychology from Nasson College of Springvale, Maine, in 1982. In 1990 he re-ignited his friendship with his teenage girlfriend, Bethany Nickum. They were married in 1994 and shortly thereafter moved to Southwest Harbor, Maine, on Mount Desert Island, where they established the Yellow Aster Bed & Breakfast, which quickly became a favorite place for visitors. Peter loved being an innkeeper. He had mastered his skills of hospitality and cooking through his many years as a waiter. He had the gift of gab and truly enjoyed assisting his guests in planning their many adventures in Acadia National Park, whether it be trails to hike, water to kayak, restaurants to dine in. It was in Maine they found a loving church community that fostered Peter’s strong faith. In 2008 Peter and Bethany returned to the Berkshires and made their home where Peter grew up, at the foothills of Mount Greylock. Peter was passionate about many things. He enjoyed playing soccer, kayaking, gardening, cooking, and of course, skiing, all of which he did boldly. He was on the National Ski Patrol for more than 30 years. He was a great cook and took pride in creating wonderful meals for his family. More recently, inspired by observing his son, Jesse, play violin, he returned to playing it himself. He had played briefly as a child and always yearned to play again. He loved Tanglewood, walks up Mount Greylock with his dog, Sadie, and skiing at Mount Greylock Ski Club. He was one to tell the truth, even though at times unfiltered and a bit unwelcomed, but he was always steadfast in his love and compassion for his family and friends, being there for anyone at any time. Peter was predeceased by his father, Bill; mother, Irene; and brother, Tim. He is survived by his wife, Bethany, and son, Jesse; his sister, Susan Tague Gonzalez (Raphael) of Denver, CO; Uncle Marcus Lanthier (Sally) of Arden, NC; as well as several nieces and nephews. A church service will be held on Saturday, March 27th, at 1 p.m., at the Williamstown Community Bible Church. There are no calling hours. A Celebration of Life will be held at a later date. If desired, memorial donations may be made to the Berkshire Humane Society in memory of Peter’s love of animals, particularly dogs.

Peter Michael Nickum Tague, 64, of Lanesborough, MA, loving husband and father and dear friend to many, passed away on March 17, 2021, as a result of a skiing accident. Peter was born December 23, 1956, in Pittsfield, son of William H. Tague,... View Obituary & Service Information

The family of Mr. Peter M. Tague created this Life Tributes page to make it easy to share your memories.

Send flowers to the Tague family.