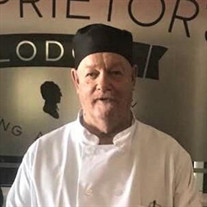 Philip Janchuk Jr., 71, of Pittsfield, Massachusetts, passed away at his home on Monday, January 11, 2021 with his loving family by his side. Philip was born January 25, 1949 in Pittsfield, Massachusetts to Philip and Marion (Para) Janchuk. He graduated from Saint Joseph High School in 1966 and attended Berkshire Community College thereafter. Philip began his career in 1967 with General Electric in Plant Protection as a Guard and later progressing to Sargent. Over his 38+ years with General Electric, he was involved in several aspects of the GE Corporate Security team which extended into the volunteer work within local community. Philip was certified in many disciplines including First Aid, CPR, Rope Rescue, Hazardous Waste, and EMT. He was a member of GE’s Emergency Response, Fire, Hazmat, Rope Rescue, and Security teams which involved him spending a significant amount of time training and supporting the community. Philip married Lena Noto on October 17, 1970 and they recently celebrated 50 years of marriage. Philip enjoyed being active in work and only retired a few years prior to his passing. He was always volunteering – in his early years as a caretaker of Holy Family Church, to coaching youth sports in Berkshire County, as well as being a member of the Berkshire Mountain Search and Rescue team. Most recently, Philip fulfilled two dreams, working at Proprietor’s Lodge as a cook and going to NASCAR. Philip had a passion for people, being of service to others and helping however he could. He volunteered at St. Joseph’s Parish Center as a cook, was a 4th degree Knight with the Knights of Columbus Council 103 as well as a volunteer member of the Hinsdale Fire Department as an EMT. When he wasn’t volunteering, he enjoyed spending time with his wife, children and grandchildren. In his younger days, he was especially fond of family time, hunting with his brothers and friends. He was also an avid golfer. Philip is survived by his wife, Lena, of 50 years, his son, Philip Janchuk III and his partner, Jana of Delaware, and his daughter, Christie Janchuk Chapman of Simsbury, Connecticut. He leaves his grandchildren, Chaeli Janchuk, Elle and Cole Chapman, and Zach and Wyatt Simpler, as well as his sisters, MaryAnn (Terry) Davis, Susanne (Don) Rice, sister-in-laws, Teresa Musacchio and Patti Janchuk and his cousin, Guy Noto, who he loved dearly. He leaves several loving relatives including cousins, nieces and nephews, and great nieces and nephews. He was preceded in death by his parents, Philip Sr. and Marion, his daughter, Jennifer Janchuk, and his brothers, Paul and Michael Janchuk. Funeral Notice: A celebration of Philip’s life will be held at a later date, when Covid restrictions are lifted and all are able to safely gather. In lieu of flowers, please make donations in his memory to the HospiceCare in the Berkshires or St. Joseph’s Food Pantry in care of the Dwyer Funeral Home, 776 North Street, Pittsfield, MA, 01201. Donations CANNOT be made online, but may be made through the Dwyer Funeral Home.

The family of Mr. Philip Janchuk, Jr. created this Life Tributes page to make it easy to share your memories.

Send flowers to the Janchuk, family.