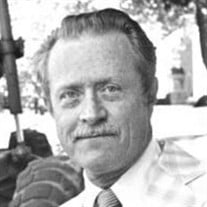 Mr. Ralph W. Lake, 81, of Pittsfield, passed away at Berkshire Medical Center on Wednesday, October 28, 2020, after a brief and unexpected illness, with his loving family by his side. Born in Pittsfield, MA on July 29, 1939, the son of Harvey and Leola Adams Lake, he graduated from Pittsfield High School in 1957, winning the superlative “Class Clown”-- a title which he carried throughout his entire life. He later went on to earn his civil engineering certificate from Berkshire Community College. Ralph enlisted in the United State Navy in 1957 and served on the U.S.S. Loraine where he worked as a radio operator. Following his time in the Navy, he met the love of his life, Elizabeth Ann Harcum. They married on May 15, 1960, recently celebrating their 60th anniversary. After receiving an honorable discharge from the U.S Navy, Ralph worked for the City of Pittsfield as a Civil Engineer for 27 years. He later became Commissioner of Public Works, retiring from The City of Pittsfield in 1989. In retirement, Ralph and his beloved “Lizzy” enjoyed their time together spending winter months vacationing with friends in Florida. During his time in Florida, he enjoyed golfing, fishing and being a member of “The Pacemakers," a musical 50’s band where he sang and played keyboard. His passion, though, was spending time with family and friends and attending his grandchildren’s many sporting events. Ralph never missed a game. In his earlier years, Ralph was an avid outdoorsman enjoying hunting and fishing. Ralph was a proud brother of the Mystic Masonic Lodge for 55 years, a Member of The Pittsfield Elks Club, and a member of Trinity United Methodist Church in Lenox. Ralph will always be remembered as a kind, humble, loving father and friend. His funny sense of humor will be missed most by many. Besides his wife, Ralph is survived by his three daughters, Deborah Gaylord (David) of Palm Beach Gardens, FL., Kimberly O’Brien (James), and Christine Milette (Justin) of Pittsfield. He leaves behind 8 Grandchildren, 3 Great Grandchildren and William Bonney, whom he always considered a son. Ralph was predeceased by his parents and his brother Robert. Funeral Notice: A private funeral service for Mr. Ralph W. Lake will be held at the Dwyer-Wellington Funeral Home. At the family’s request, there will be no calling hours. In lieu of flowers, memorial contributions can be made to the St. Jude’s Children Hospital in care of the Dwyer-Wellington Funeral Home, 220 East Street, Pittsfield MA 01201, in his memory. Donations CANNOT be made online, but may be made through the Dwyer-Wellington Funeral Home.

Mr. Ralph W. Lake, 81, of Pittsfield, passed away at Berkshire Medical Center on Wednesday, October 28, 2020, after a brief and unexpected illness, with his loving family by his side. Born in Pittsfield, MA on July 29, 1939, the son of Harvey... View Obituary & Service Information

The family of Mr. Ralph W. Lake created this Life Tributes page to make it easy to share your memories.

Send flowers to the Lake family.