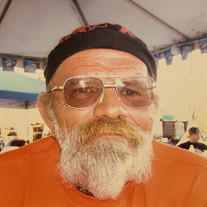 Mr. Raymond Townson, 65, of Pittsfield, passed away Tuesday, May 14, 2019 at the Harmony House in Chicopee. Born in Westfield, MA, on July 6, 1953, the son of Raymond and Rita Wasmund Townson, he graduated from West Springfield High School. Raymond was a Construction Contractor, working for several local excavation companies including Andrew's Excavating and Ray Robert Excavation and Trucking both for many years. Raymond enjoyed camping, tattoo art, and boating, especially along the CT river where he made many memories. Ray also spent many years behind the wheel of a race car. He successfully built, owned and drove his own dragster at Lebanon Valley Speedway in New York. He partnered with his brother Ron and together formed TNT Racing where he drove at Riverside Park Speedway and for the Modified Tour Circuit. He also drove a modified for Dave Romano. Raymond had a great passion for motorcycles, most recently his Harley Davidson. He went on many charity rides with the family of friends he had made from Crossroads in Pittsfield. Raymond is survived by his wife, Robin Joyner Townson, who he married on October 11th , 2003. He is also survived by his two sons, Juston Townson of Becket and Joel Townson of Tolland; his daughter, Jennifer Ouimette and her husband Jason of Chester; and his beloved grandchildren; Matthew, Ashley, Koby, Harbyn, Jack, and Aria. He was predeceased by his brother, Ronald Townson. Funeral Notice: Funeral services for Mr. Raymond Townson will be Saturday, May 18, 2019 at 11:30 a.m at the Dwyer Funeral Home, with the Rev. William Furey, officiating. Calling hours at the funeral home will be prior to the service from 9:30 a.m. to 11:30 a.m. Burial will follow at Becket Center Cemetery. There will be a celebration of life gathering at Papa Bobs following the burial at 71 Chester Rd, Becket, Massachusetts 01223.In lieu of flowers, donations can be made to Dwyer Funeral Home, 776 North St., Pittsfield, MA 01201, to help offset with final expenses. DONATIONS CANNOT BE MADE ONLINE, but may be made through Dwyer Funeral Home.

Mr. Raymond Townson, 65, of Pittsfield, passed away Tuesday, May 14, 2019 at the Harmony House in Chicopee. Born in Westfield, MA, on July 6, 1953, the son of Raymond and Rita Wasmund Townson, he graduated from West Springfield High School. Raymond... View Obituary & Service Information

The family of Mr. Raymond Townson created this Life Tributes page to make it easy to share your memories.

Send flowers to the Townson family.