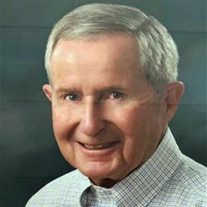 It is with profound sadness that the family of Richard J. Benson announces his passing following a battle with Alzheimer’s disease on October 7, 2018. Dick was 84 years old. He was born in Albany, NY, the son of Joseph and Marion Benson, and raised his family in Dalton. He earned his Bachelor’s degree in Economics from Siena College and a Master’s degree in Education from North Adams State College. Dick also served with pride in the United States Army as a commissioned officer in Europe and later as a member of the Army National Guard. He spent his 36 year career in education giving back to his community in the Pittsfield Public School system, beginning at South Junior High School as an English Teacher and later becoming English Department Chairman. He retired from Herberg Middle School, where he provided a positive impact in the lives of three decades of students. His students often recognized and called out to “Mr. Benson” everywhere he went for the remainder of his years. After retirement, he continued to pursue his passion for education by providing tutoring services to students at Berkshire Community College. Dick was an avid skier, hiker, and outdoorsman who took great pride in his role as a member of the National Ski Patrol and Director of the Jiminy Peak Ski Patrol. Dick displayed his love for the outdoors, education, and literature in his membership in the Adirondack Mountain Club, Appalachian Mountain Club, National Council Teachers of English, Massachusetts Council of Teachers of English, and the National Education Association. Dick is survived by his devoted wife, Annemarie Oefelein Benson, whom he married on June 30, 1962 in the Church of the Immaculate Conception in New Lebanon, NY, as well as his two loving daughters, Heidi Benson and Jennifer Buckley and his son-in-law Tom Buckley; his five adoring grandchildren, Abigail, Mallory and Chandler McNelis and Siena and Dalton Buckley; his brothers, J. Lawrence Benson and Thomas M. Benson; and nieces and nephews throughout New England. Funeral Notice: Funeral services for Mr. Richard J. Benson will be Saturday, October 13, 2018 beginning at 10 a.m. at the Dwyer Funeral Home, 776 North St., Pittsfield, MA, with the service starting at 10:30 a.m. with the Rev. Peter Naranjo, officiating. Burial will be at a later date. In lieu of flowers, donations may be made to the Saint Agnes Academy or to the Dalton Senior Center, care of the Dwyer Funeral Home in his memory. DONATIONS CANNOT BE MADE ONLINE, but may be made through the Dwyer Fuenral Home.

It is with profound sadness that the family of Richard J. Benson announces his passing following a battle with Alzheimer&#8217;s disease on October 7, 2018. Dick was 84 years old. He was born in Albany, NY, the son of Joseph and Marion... View Obituary & Service Information

The family of Mr. Richard J. Benson created this Life Tributes page to make it easy to share your memories.

It is with profound sadness that the family of Richard J. Benson...

Send flowers to the Benson family.