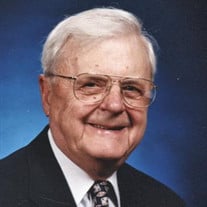 Mr. Richard H. Sible, 92, of Pittsfield passed away on December 27, 2018 at Berkshire Medical Center surrounded by his family. Born in Pittsfield on September 19, 1926 the son of Richard and Ruth Mallison Sible, he was a 1945 graduate of Pittsfield High School. Mr. Sible was a Toolmaker by trade, having trained at the former May Engineering. He was co-founder of Pittsfield Plastic Engineering Inc. with David Chiorgno in 1968. They sold the business in 1997. He was a Fourth Degree Knight of Columbus. He was also the Grand Knight for KNights of Columbus Council 103 for 6 years. He was formerly a member of Civitan International and volunteered at the St. Joseph Church Food Pantry. Mr. Sible was a communicant of St. Mark’s Church. He leaves his wife, the former, Jean Pellizzaro, whom he married on September 1, 1989 at St. Mark’s Church. He is also survived by his four children Christine Penna and her husband Robert, Catherine Grunow and her partner James Hornyak, Matthew Flynn and his wife Nita and Kristen Brighenti and her husband Joseph and a brother, Earl Gogan and his wife Joanne. He will also be greatly missed by his beloved grandchildren and great grandchildren. He was predeceased by his first wife, Mary Lou Sible who passed away in 1986, 3 children, Richard F., John F., a baby girl and a brother Frank Sible and a sister Alice Winters. Funeral Notice: A Liturgy of Christian Burial for Mr. Richard Sible will be Wednesday, January 2, 2019 at 1 p.m. at St. Mark’s Church, celebrated by Rev. Christopher Fedoryshyn, Administrator. Burial will follow at St. Joseph Cemetery. Calling hours at St. Mark’s Church will precede the Liturgy from 11 a.m. until 1 p.m. In lieu of flowers, donations can be made to St. Mark’s Church in care of the Dwyer Funeral Home, 776 North St., Pittsfield, MA 01201 in his memory. DONATIONS CANNOT BE MADE ONLINE, but may be made through the Dwyer Funeral Home.

Mr. Richard H. Sible, 92, of Pittsfield passed away on December 27, 2018 at Berkshire Medical Center surrounded by his family. Born in Pittsfield on September 19, 1926 the son of Richard and Ruth Mallison Sible, he was a 1945 graduate... View Obituary & Service Information

The family of Mr. Richard H. Sible created this Life Tributes page to make it easy to share your memories.

Mr. Richard H. Sible, 92, of Pittsfield passed away on December...

Send flowers to the Sible family.