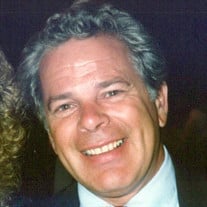 Mr. Richard “Dick” Brandon White, of Hinsdale, passed away at his home on Tuesday, June 22, 2021, surrounded by his loving family, just two days shy of his 80th birthday. He was born in New Ashford, MA, on June 24, 1941, and was the son of the late Forrest and Serena Brandon White. Dick’s schooling started in a one room classroom in New Ashford, to the former Williamstown High and then Norwich University in Vermont. In Richard’s earlier career, he worked at General Gable. He later worked as a foreman for General Electric and through their transitions to Lockheed Martin and finally General Dynamics, from where he retired in 1997, after 35 years of dedicated service. After his retirement, as Dick always had a passion for small engines and lawn mowers, he and his son, Anthony, purchased Q-Huts, which he managed for 21 years. Dick’s love for history and genealogy began when he served as Town Clerk in New Ashford. It was in the New Ashford Cemetery where he began his search for ancestry stones. He washed, cleaned, took pictures, and plotted a map for each stone for the town. Richard also served as Vice President of the Berkshire City Historical Society. He complied pictures for the Berkshire County Heritage in July of 1999, which were hung in Pittsfield for all to see. Dick enthusiastically volunteered to assist members of the Mormons who came to the Berkshires to photograph all vital records which would later be conferred to microfilm in surrounding towns. He remained active with the Berkshire Family Historical Society throughout his life. Richard is survived by his beloved wife, the former Sandra Gardner, with whom he loved spending time, especially when enjoying their favorite vacation spot, Sarasota, Florida. Dick and Sandra were married on July 4, 1976, and would have celebrated their 45th wedding anniversary on July 4th of this year. Richard also leaves behind his three sons, Jeff White, Michael Satrape, and Anthony Satrape (Hailey), as well as his five grandchildren, Jacob, Stephanie, Alex, Dominik, and Jackson. He is survived by his brother, Jim (Barb), along with two sisters, Nancy and Betty, and several nieces and nephews. Dick’s family would like to extend their sincere gratitude to the staff of Hospice of Western and Central Mass. They would especially like to thank Richard’s nurse, Marie, for her outstanding love and care throughout this difficult time. Richard will be remembered as the honorable, kind man that he truly was. Though he will be sorely missed by all of those who were blessed to have known him, we are comforted in knowing that his life, in his own words, was “near perfect” and that he is smiling down on us with that big smile that never left his face. Funeral Notice: At this time, there will be no formal funeral services or calling hours for Mr. Richard “Dick” B. White. A celebration of his life will be held at a later date, yet to be declared. In lieu of flowers, donations can be made to Hospice of Western and Central Mass (the Pittsfield Branch), in care of the Dwyer Funeral Home, 776 North Street, Pittsfield MA 01201, in his memory. Donations CANNOT be made online, but may be made through the Dwyer Funeral Home.

The family of Mr. Richard "Dick" White created this Life Tributes page to make it easy to share your memories.

Mr. Richard “Dick” Brandon White, of Hinsdale, passed away at...

Send flowers to the White family.