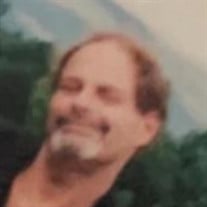 Mr. Robert W. Blais, Jr., of Pittsfield, passed away unexpectedly on Sunday, April 24, 2022, just a few months shy of celebrating his 63rd birthday. Born on June 11, 1959, the son of the late Robert and Phyllis DeAngelis Blais, he graduated from St. Joseph High School. Among many things, he enjoyed trucks, golfing, and relaxing in the sun. He loved spending time with his grandkids, and would never pass up an opportunity to do so! Robert is survived by his daughter, Victoria Smith and her fiancé, Jamel, as well as his granddaughters who where both his pride and joy, Karmella and Vaeda. Robert leaves behind his sister, Debbie Ortega and her children, Shane, Adrianna, and Dante, as well as his lifelong friend, Donna Rotondo. Funeral Notice: At his request, there will be no formal funeral services for Mr. Robert W. Blais, Jr., w Pittsfield. In lieu of flowers, donations in his memory can be made directly to Robert’s GoFundMe, https://gofund.me/e3fbebab.

The family of Robert W. Blais, Jr. created this Life Tributes page to make it easy to share your memories.

Send flowers to the Blais, family.