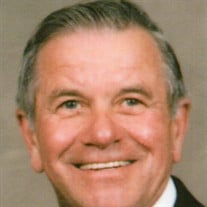 Roger A. Knollmeyer, 92, of 42 Mountain Drive, passed away on Tuesday, November 2, 2021. Born in Pittsfield on March 22, 1929, son of Louis F. and Kathryn (Ryan) Knollmeyer, he was a 1947 graduate of St. Joseph’s High School. He earned his Bachelor of Arts degree in Philosophy in 1951 from St. Michael’s College at the University of Toronto. Roger was a Korean War veteran who served his country in the United States Army from 1952 until 1954. Mr. Knollmeyer worked as an insurance adjuster for thirty-nine years. He was a communicant of Sacred Heart Church. A devout Catholic, he served as Eucharistic minister. A devoted husband and father, he and the love of his life, Helen, raised their family on Pontoosuc Lake affording them endless fun swimming, boating, fishing, and skating. A lover of football, he played in high school and in college and loved to watch football games with his family. He was very proud to watch his children participate in their many sports endeavors. Roger was predeceased by his beloved wife of 55 years, Helen (Dewan) Knollmeyer, as well as his son, Roger T. Knollmeyer, three brothers, Lewis, Donald and Paul and two sisters, Isabelle and Elaine. He leaves seven children, Paul Knollmeyer, and his wife Tina Simonetta, of Plymouth, Kathryn Gravanda of Erie, Pa., Chris Knollmeyer, and his wife Donna Corcoran, of Lincoln, Maura Fickett, and her husband Dan, of Washington, Peter and Jennifer Knollmeyer of Poulsbo, Wash., Stephen and Ellen Knollmeyer of Hampton, N.H., and Timothy Knollmeyer, and his wife Aimee Marshall, of Pittsfield. 16 grandchildren and 7 great grandchildren. He spent his last days surrounded by his loving children. Frequent visits by his devoted grandchildren and their adorable offspring brought him tremendous joy and an endless smile. Though Roger will be sorely missed, his deep spirituality and kindness, his devotion to family, and his charm and humor will always be remembered by all those who were blessed to have known him. Funeral Notice: Funeral services for Roger A. Knollmeyer will be private. Public calling hours will be Friday, November 5, 2021, from 4 p.m to 6 p.m. at the Dwyer-Wellington Funeral Home, 220 East Street, Pittsfield MA 01201. To best ensure everybody’s health, due to the recent rise in Covid cases, all who attend these services will be required to wear face masks. In lieu of flowers, donations can be made to the Alzheimer’s Association in honor of Helen, Roger’s late wife, in care of the Dwyer-Wellington Funeral Home.

The family of Roger A. Knollmeyer created this Life Tributes page to make it easy to share your memories.

Send flowers to the Knollmeyer family.