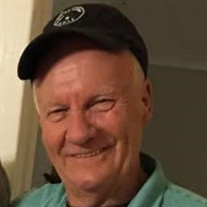 Ronald (Ron) Joseph Boody, Sr., 76, of Pittsfield, passed away unexpectedly at Berkshire Medical Center on Monday, March 15, 2021. Born in Pittsfield, MA, on January 26, 1945, the son of the late Raymond and Dorothy Harriman Boody. Ron attended Pittsfield Schools. He was a former member of Christian Assembly church where he served on the Church Board as a Trustee for many years and enjoyed driving the church van. Ron owned and operated, Ron Boody Home Improvements, for over 40 years working alongside his sons, Ron Jr., Jeffrey, & Timothy and grandson, Ryan Boody. Among many things, Ron enjoyed golfing, shooting a game of pool, and in his better days loved an opportunity to play the slots at the casino with his wife Bev. Above all else, Ron cherished the time spent with his family. Anyone who knew Ron remembered his gentle humble demeanor, to which he found joy in helping anyone he could in need. Ron was predeceased by his aunt, whom he always thought of as a mother, Eleanor “Auntie” Sears, and his son, Ronald Joseph Boody Jr.. Ron is survived by his beloved wife of nearly 37 years, the former Beverly J. Honiker, whom he married on July 13, 1984. He leaves behind his children, Lori Stanton (Todd), Jeffrey Boody, Joanna Mae Boody (Caleb Hiliadis), Valerie Ireland (John T.) and Timothy R. Boody (Kendra Donahue), as well as his three sisters, Joan Stimpson, Carol Reese, and Marilyn “Minnie” Neronha. Ron is also survived by his 5 grandchildren, Jeremy Stanton (Lori), Ryan J. Boody (Jeffrey), Lucas J. Ireland & Callie Mae Ireland (Valerie & John), and Talen T. Boody (Timothy), his two great grandchildren, Camden, and Hayden, as well as his sister-in-law, Bonnie Honiker, for whom he was a co-caregiver for many years and several nieces and nephews. Funeral Notice: Funeral services for Mr. Ronald Joseph Boody Sr. will be announced at a later date. Friends and family are encouraged to leave their condolences and fond memories on this site, or to send to the family directly.

The family of Mr. Ronald J. Boody, Sr. created this Life Tributes page to make it easy to share your memories.

Send flowers to the Boody, family.