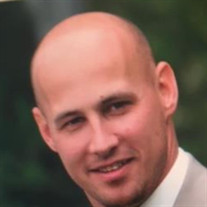 Mr. Ryan Fields, 37, of Pittsfield, passed away unexpectedly on Thursday, February 27, 2020. Born in Pittsfield, MA, on June 22, 1982, the son of Richard Fields and Kathleen and Robert Horne Sr., he graduated from Taconic High School in 2001. Most recently, Ryan worked for High Tech Mold as an assembler. He loved spending as much time as he could with his son, Eli. While Ryan enjoyed all kinds of music, he was an avid fan of the Dave Matthews Band, and jumped at any opportunity to see them play live. Ryan spend much time displaying his creativity by drawing and playing his guitar. He also enjoyed fishing. Ryan was a star athlete on the both the lacrosse and football fields. He won numerous awards for both sports and was inducted into the Berkshire County Lacrosse Hall of Fame. He coached St. Joseph lacrosse and Pittsfield High School football. Besides his parents, Ryan is survived by his son, Eli Fields. Ryan leaves behind his brothers, Jeremy Fields, Jason Fields (Alicia Cook), and Robert Horne, Jr. and his wife, Erin Horne. He is survived by his nephew, Jason Fields, Jr. and niece, Kaelyn Fields, as well as several uncles, aunts, cousins, and his grandfather, Earle Horne. Funeral Notice: Funeral services for Mr. Ryan Fields will be Tuesday, March 10, 2020 at 10 a.m. at the Dwyer Funeral Home with the Reverend Peter Naranjo officiating. There will be a reception directly following the service at 11 a.m. at Berkshire Hills Country Club. Burial will be at a later date. Calling hours at the funeral home will be Monday, March 9, 2020 from 4 p.m. until 7 p.m.. In lieu of flowers, donations will go toward Eli Field's education and can be made directly payable to Eli Fields in care of the Dwyer Funeral Home, 776 North St., Pittsfield, MA 01201 in his memory. Donations CANNOT be made online, but may be made through the Dwyer Funeral Home.

Mr. Ryan Fields, 37, of Pittsfield, passed away unexpectedly on Thursday, February 27, 2020. Born in Pittsfield, MA, on June 22, 1982, the son of Richard Fields and Kathleen and Robert Horne Sr., he graduated from Taconic High School in 2001.... View Obituary & Service Information

The family of Mr. Ryan Fields created this Life Tributes page to make it easy to share your memories.

Send flowers to the Fields family.