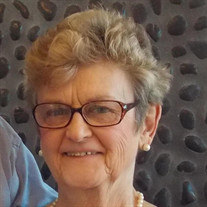 Sara “Sally” Stevens, 80, of Pittsfield, passed away on Monday, April 25, 2022. Born in Schenectady, NY, on October 15, 1941, she was the daughter of the late William and Mildred Kellogg Haley, she graduated from the Vincentian Institute in Albany NY and St. Mary’s Hospital School of Nursing in Amsterdam, NY. Sara was most recently employed by the Visiting Nurses of Berkshire County where she worked as a registered nurse. It was there she dedicated 21 years until her retirement. She worked various nursing jobs over her 50 year career including but not limited to hospitals in Pittsfield, MA, Pittsburgh, PA and she was instrumental in starting Changing Point, a substance abuse facility which was part of the Taylor Manor Health facility in Ellicott City, MD. Sara volunteered regularly at various local charities and missions. Sara is survived by her beloved husband of 58 years, William Stevens, whom she married on September 15, 1963. She leaves behind her four children, Mary Teresa Barnhart (George), William Stevens, Jr (Lisa), Christopher Stevens (Stephanie), and Joseph Stevens. Sara is survived by her eight grandchildren, Beven-George Barnhart, Patric Barnhart, Shannon Stevens, Nicholas Stevens, Haley Stevens, Grace Stevens, Sadie Stevens and Benjamin Stevens. She is also survived by her sister Frances Feldsine and brother, Joseph Haley (Anne), along with many nieces and nephews. Besides her parents, Sara was predeceased by her sisters, Joan Sheldon and Mary Hensel. She will always be remembered for her fierce love and loyalty for her family and friends and will be missed immensely. Funeral Notice: Funeral services for Mrs. Sara T. Stevens will be Friday, April 29, 2022 with a Liturgy of Christian Burial at 2 pm at Sacred Heart Church, celebrated by the Rev. A Peter Gregory, Pastor Emeritus of St. Charles Church. Burial will be at a later date. In lieu of flowers, donations in Sara’s memory can be made to the St. Jude Children’s Research Hospital or a charity of your choice, in care of the Dwyer Funeral Home.

Sara &#8220;Sally&#8221; Stevens, 80, of Pittsfield, passed away on Monday, April 25, 2022. Born in Schenectady, NY, on October 15, 1941, she was the daughter of the late William and Mildred Kellogg Haley, she graduated from the Vincentian Institute... View Obituary & Service Information

The family of Mrs. Sara "Sally" Stevens created this Life Tributes page to make it easy to share your memories.

Send flowers to the Stevens family.