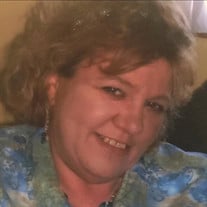 Sharon Ann Mongeon (McGill), 63, passed away peacefully at home on Sunday February 10, 2019. Sharon was born on April 29, 1955 in Pittsfield Massachusetts. The daughter of Josephine (Mantella) McGill & the late John J. McGill who passed August 8, 1996. Sharon was educated through the Pittsfield School System, graduating from St. Joseph Central High School Class of 1973 and also attended Berkshire Community College. She was a communicate of Mount Carmel Church. As a child she was a majorette with the Berkshire Drum and Bugle Corp. She married Steven D. Mongeon Sr on October 18, 1975. Primarily, a homemaker raising her three boys Steven, Matthew, and Michael, Sharon was employed by the Pittsfield School System for 35 years holding numerous positions. She began as a Morningside parent volunteer everyday and resulted in a runner up award for city volunteer of the year. When her kids were of school age she started substituting in the system, eventually receiving the position of Family Coordinator. She was a member of the PTO for many years holding titles of Treasurer, Secretary, Vice President, and President. Most recently she held the position of Title I Coordinator for the City of Pittsfield School System. Her passion was helping children and families and devoted much of her life to this. She was an active volunteer for many community organizations, including the Boys & Girls Club and the Kiwanis Club. Sharon enjoyed many hobbies including arts and crafts, quilting, sewing, and reading. Her biggest passion was her family and friends. She loved vacationing especially her annual family trips to Hampton Beach. She was a devoted mother and grandmother who was very involved in all of their sports activities and was a proud "team" mom. Besides her mother, Josephine, Sharon is survived by her three loving boys Steven Mongeon Jr. of Boston Massachusetts, Matthew and Michael Mongeon of Pittsfield Massachusetts. She also leaves her beloved grandchildren Kylie Mae & Jacob Marion. She also is survived by her Great Aunt, the former Mary Tamburello Yoder of Redlands, California. Sharon was preceded by her loving father John J. McGill and her great uncle Joseph Yoder. Funeral Notice: Calling hours for Sharon Ann Mongeon will be Sunday, February 17, 2019 from 2 until 5 p.m. at the Dwyer Funeral Home, 776 North St., Pittsfield, MA a prayer service will follow at 5 p.m. with the Rev. A. Peter Gregory, Pastor Emeritus of St. Charles Church, officiating. Burial will be at a later date. In lieu of flowers, donations may be made to Morningside School, care of the Dwyer Funeral Home, in her memory. DONATIONS CANNOT BE MADE ONLINE, but may be made through the Dwyer Funeral Home.

The family of Sharon Ann Mongeon created this Life Tributes page to make it easy to share your memories.

Send flowers to the Mongeon family.