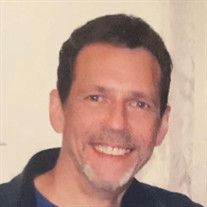 Mr. Stephen P. Dessereau, of Albany, NY, passed away on Thursday, December 17, 2020, just days after his 66th birthday. Born in Pittsfield, MA, on December 9, 1954, the son of the late John Dessereau and Dolores Holmberg Dessereau, he graduated from Pittsfield High School in 1972. Stephen later attended Berkshire Community College, where he earned his associate degree in Fine Arts. He was also a graduate of the Arthur Murray School of Dance. Steve bravely followed his dreams and passion for dance through teaching. He opened his own dance studio and for nearly 25 years inspired his hundreds of students to dance with as much joy and passion as he did. Steve was the proud owner of Steve's School of Dance in Albany and was a member of the Berkshire Chapter of USA Dance. Among many things, Steve very much enjoyed art, traveling, spending time with family and friends and was a voracious reader. Steve was noted by his students for the music that they had often never heard before, but which quickly became favorites. Steve always had a smile on hand and was quick to laugh. He had a generous, loving and kind spirit that inspired those who knew him to love life as much as he did. Steve touched many lives, which was evident in the outpouring of love and support his students gave to him when he became too ill to teach. Steve's family would like to express their deepest gratitude for his students and others in the dance community for their exceptional love and support over the past year. Steve was preceded in death by his father, the late John "Jack" Dessereau. He is survived by his beloved mother, Dolores as well as his brothers, Edward Dessereau (Ann), Michael Dessereau and James Dessereau, his niece Carrie (Chris), and his nephews Matthew (Alicia), Cole, Ray, and Jack and his great nieces, Cameron, Maisie, and Alabama. Funeral Notice: Funeral services for Mr. Stephen P. Dessereau will be private. However, the family will hold a memorial for Steve later in the upcoming year.

The family of Mr. Stephen P. Dessereau created this Life Tributes page to make it easy to share your memories.

Send flowers to the Dessereau family.