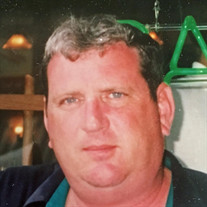 Mr. Stephen W. Duffy, 69, former Pittsfield Fire Chief, passed away on Friday, August 2, 2019 at Berkshire Medical Center surrounded by his family. Born in Dalton on March 20, 1950, the son of William and Joan Adams Duffy, he was a 1968 graduate of Wahconah High School, where he was a proud member of the football team. He later earned his Associates Degree in Fire Science from Merrimack College and Berkshire Community College. Mr. Duffy was a Veteran and had served in the US Navy aboard the USS Canopus in Holy Loch, Scotland. He was a longtime member of the Pittsfield Fire Dept. He retired as Acting Chief in 2006 after 32 years of service. Prior to joining the Pittsfield Fire Dept., he was a member of the Dalton Volunteer Fire Dept. and in his retirement Steve was also a Fire Investigator for NEFCO. He worked with his father at Echo Supply until he purchased it from him in 1994. Steve was an ardent football fan and shared his knowledge of the game by coaching youth football in Dalton and Pittsfield for many years. He also influenced many as a defensive coach for Pittsfield High football. Steve loved to golf and was a longtime member of the Wahconah Country Club where he had served on their Board. He was also a boating enthusiast and spent many hours traveling the Hudson River and Pontosuc Lake. He is survived by his two children, Patrick Duffy and Colleen Galvin; his 5 grandchildren, Kylie Duffy, Katelyn Duffy, Hayley Duffy, William Duffy Galvin, and Brayden Duffy; his Fiancée, Deborah May, their puppy Briscoe, and her children Crystal, Katrina, and Daniel; his sister, Susan Duffy and her husband, James Scufforo. He is also survived by his former wife and mother of his children, Barbara. Stephen’s family would like to thank the staff at Mt. Greylock Nursing Home, the BMC Wound Clinic, and the team in the BMC CCU for their care and compassion. Funeral Notice: Funeral services for Mr. Stephen Duffy, will be Saturday, August 10, 2019 with a Liturgy of Christian Burial at 10 a.m. at St. Charles Church, celebrated by the Rev. A. Peter Gregory, Pastor Emeritus. Calling hours will be Friday evening from 4 to 7 p.m. at Dwyer Funeral Home. Burial will be at a later date. In lieu of flowers, donations can be made to the Berkshire County Jimmy Fund in care of the Dwyer Funeral Home, 776 North St., Pittsfield, MA 01201 in his memory. Donations CANNOT be made online, but may be made through the Dwyer Funeral Home.

Mr. Stephen W. Duffy, 69, former Pittsfield Fire Chief, passed away on Friday, August 2, 2019 at Berkshire Medical Center surrounded by his family. Born in Dalton on March 20, 1950, the son of William and Joan Adams Duffy, he was a 1968 graduate... View Obituary & Service Information

The family of Mr. Stephen Duffy created this Life Tributes page to make it easy to share your memories.

Send flowers to the Duffy family.