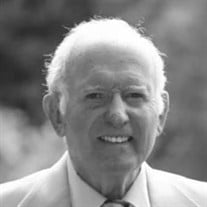 Mr. Thomas F. Dwyer PHD, of Pittsfield, passed away Friday, March 5, 2021, in Venice, Florida, just shy of celebrating his 83rd birthday. Born in Pittsfield, MA, on March 31, 1938, the son of the late Maurice and Mabel LaGass Dwyer, he graduated from Pittsfield High School in 1955. Tom later graduated from UMass Amherst where he earned his doctorate in education at the age of 50. Tom started his career at General Electric as an apprentice tool maker at the age of 18 and finished his career as a manager for the Power Transformer division. He worked for General Electric until he retired at the age of 54. Additionally, Tom was always passionate about writing. He wrote in many magazines throughout his life and published 2 books. Tom had many talents including building the house his children grew up in on James St from the foundation to the roof. Beside his love for education, he was a referee for high school football games for approximately 20 years. He loved to golf, travel, ski and garden. He spent his summers with his grandchildren growing up in Old Orchard Beach Maine and later in life spent his winters in Florida. Tom took pride in raising his family and spending quality time with his grandchildren. He took them all on many vacations to Maine and Florida. Tom was predeceased by his first wife and high school sweetheart the former Maria Forte, for whom he nursed during her illness until her passing in 2006. He was fortunate to spend many happy years with his second wife Olga Totaro Dwyer until his passing. He leaves two children, Sheila Coughlin (Peter Coughlin) of Pittsfield and Lisa Tully (Mark Tully) of Pittsfield. He was predeceased by his son Thomas P. Dwyer (Jane Dwyer) of New Hampshire. He is also survived by many grandchildren Tara Rochelo (Brian) of Missouri, Holly Viola (Mark Hauge) of Windsor Ma, Audra Butman (Wes) of Annapolis, Mallory Dimarco (Chris) of Pittsfield, John Brindle Jr (Maggie) of Florida, Patrick Coughlin (Anna) of California, Christopher Coughlin of Maryland, Leanna Hall (RJ) of New Hampshire, Lyndsey and Evan Dwyer of New Hampshire. He also leaves 11 great grandchildren Funeral Notice: Funeral services for Mr. Thomas F. Dwyer will be Friday, March 12, 2021, with a Liturgy of Christian Burial at 11 a.m. at St. Charles Church, celebrated by the Rev. A Peter Gregory, Pastor Emeritus. Burial will follow at St. Joseph Cemetery. There will be no formal calling hours. In lieu of flowers, donations can be made to the Thomas F. Dwyer College Scholarship Fund in care of the Dwyer Funeral Home, 776 North Street, Pittsfield, MA, 01201, in his memory. Donations CANNOT be made online, but may be made through the Dwyer Funeral Home.

The family of Mr. Thomas F. Dwyer created this Life Tributes page to make it easy to share your memories.

Send flowers to the Dwyer family.