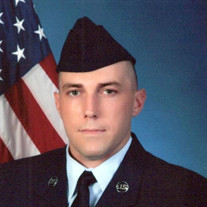 Thomas Joseph “TJ” Kasuba, 34, passed away unexpectedly on Thursday March 18, 2021. TJ was born in Pittsfield, MA on January 14, 1987, the son of Michael and Mary-Kay Kasuba. He grew up in Lanesborough and attended Lanesborough Elementary School and graduated from Mt. Greylock High School with the class of 2005. TJ played hockey, football, and baseball throughout his childhood and high school. He was a captain on the Mt. Greylock hockey team. He was extremely proud to win the 2005 Boston Bruins Ice Hockey Sportsmanship Award. He graduated from Framingham State University in 2009 where he earned a degree in Early Childhood Education and played football as their special team’s kicker and punter. TJ also earned a degree in Criminal Justice from Berkshire Community College. The Massachusetts State Police sent him a letter for recruitment because he scored high on the civil service exam. TJ was energetic, hardworking, and had a great personality. Everyone will miss his massive smile and his sense of humor. He was an incredible athlete and guitar player. He also enjoyed woodworking, fishing, and golfing, and hanging out with his family. He was an avid Bruins, Red Sox, and Washington Redskins fan. TJ was an active service member, the rank of Senior Airman, in the United States Air Force, stationed in Wichita, Kansas at the time of his death. He joined the Air Force in September of 2018 and his classification was Aircraft Instrument & Flight Control Systems Journeyman. TJ will be greatly missed by all of his family and friends. He was predeceased by his paternal grandfather, Donald Kasuba, and his maternal grandparents, George Pellerin Sr. and Mary Tobin Pellerin. He leaves behind his parents, Michael and Mary-Kay Kasuba, brother, Timothy Kasuba, sister, Nicole “Kasuba” Anderson, and her husband, Donald Anderson, their daughter, Emily Anderson, grandmother, Elizabeth Kasuba; and several aunts, uncles and cousins. FUNERAL NOTICE: Funeral services for Mr. Thomas Joseph “TJ” Kasuba will be on Tuesday, March 30, 2021, with a Liturgy of Christian Burial at 11 a.m. at St. Charles Church, celebrated by the Rev. A. Peter Gregory, Pastor Emeritus. Burial with full military honors will follow at St. Joseph Cemetery. Calling hours will be on Monday, March 29, 2021 from 3 p.m. until 6 p.m. at the Dwyer Funeral Home, 776 North Street, Pittsfield, MA, 01201. In lieu of flowers, donations can be made to Solider On in care of the Dwyer Funeral Home, in his memory. Donations CANNOT be made online, but may be made through the Dwyer Funeral Home.

Thomas Joseph &#8220;TJ&#8221; Kasuba, 34, passed away unexpectedly on Thursday March 18, 2021. TJ was born in Pittsfield, MA on January 14, 1987, the son of Michael and Mary-Kay Kasuba. He grew up in Lanesborough and attended Lanesborough Elementary... View Obituary & Service Information

The family of Thomas "TJ" Kasuba created this Life Tributes page to make it easy to share your memories.

Send flowers to the Kasuba family.